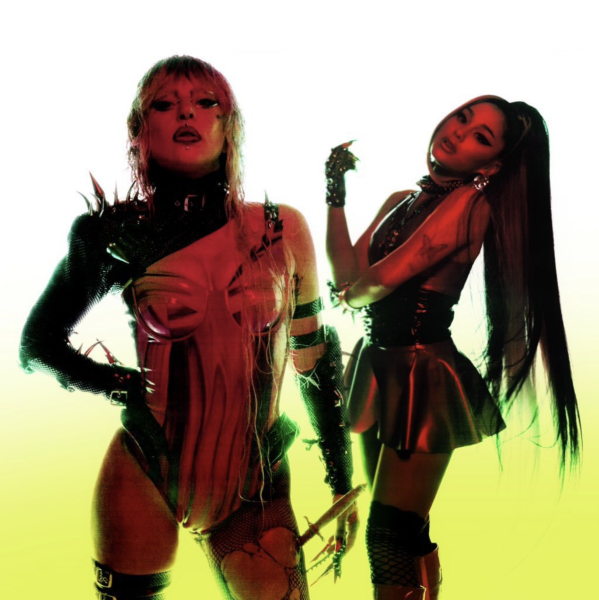 Ahead of the "Rain of Me" release Friday (May 22), Ariana Grande resurfaced one of her old tweets from 2009. "Lady Gaga is the most incredible and dedicated performer I've ever seen. I. Love. Her. Speechless," she tweeted 11 years ago.

Gaga replied to the throwback post, adding: "Love u @ArianaGrande let’s do this. Nothing can stop us, we know that now." To which Ariana replied, "i love u so much more. nothing could stop us before either, we just had to realize it ! i’m so excited Cloud thank u i’m ready #rainonme"

Love u @ArianaGrande let’s do this. Nothing can stop us, we know that now. 💕🧚‍♀️🧚‍♀️

i love u so much more. nothing could stop us before either, we just had to realize it ! i’m so excited ☁️ thank u🤍 i’m ready #rainonme https://t.co/NTSTvr9Sc9

"Rain on Me" comes out tonight at 12:00AM EST alongside the song's music video. Chromatica will be released next Friday, May 29. 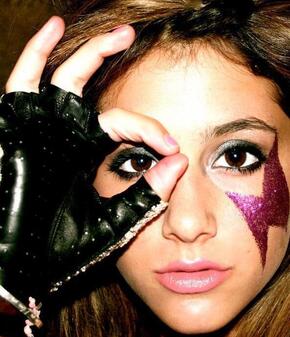 Ariana thanked her fans for the Hot 100 #1 today and responded to 6*x9*ne’s claims that her team was using illegal tactics to get the song to #1. On Instagram, she wrote:

"thank u to everybody who supported this song, this cause and made this happen. we love uuuuu so much. i would like to say a few things. anyone who knows me or has followed me for a while knows that numbers aren't the driving force in anything i do. i'm grateful to sing. grateful to have people who want to listen. grateful to even be here at all. i didn't have a number one for the first five years of my career and it didn't upset me at all because from the bottom of my heart, music is everything to me. my fans are everything to me. i promise I couldn't ask for another fucking thing. so with this celebration today, i would like to address a few things which i don't usually do (i don't give my energy to drama or strange accusations normally but this has gone a little too far)...my fans bought the song. JUSTIN'S fans bought the song. OUR fans bought this song (never more than four copies each, AS THE RULES STATE). they are ride or die motherfuckers and i thank god every day that i have them in my life. not just when they fight for us to win (even when i ask them not to as i did this week) but because they're some of the greatest people I know. sales count for more than streams. u can not discredit this as hard as u try. to anybody that is displeased with their placement on the chart this week or who is spending their time racking their brain thinking of as many ways as they can to discredit hardworking women (and only the women for some reason...), i ask u to take a moment to humble yourself. be grateful you're even here. that people want to listen to u at all. it's a blessed position to be in. i've had a lot of "almost number ones" in my career and i never said a goddamn thing because I FEEL GRATEFUL TO EVEN BE HERE. TO WANT TO BE HEARD AT ALL... and you should feel that way too. congratulations to all my talented ass peers in the top ten this week. even number 3. and thank u to @billboard for this honor. and thank u to everybody who helped us raise a lot of money for a very important cause this week. I love u all a lot. however, there's so much to celebrate today."

Ariana and Justin's "Stuck With U" debuts at No. 1 on the Billboard Hot 100 songs chart. This is Grande's third Hot 100 leader and Bieber's sixth, and their first together.

6ix9ine, felon and sexual offender, has once again lodged some accusations against Billboard, Ariana Grande and Justin Bieber.

6ix9ine accuses Billboard of chart manipulation; claims at least 30,000 of Ariana Grande’s bundles for “Stuck With U” were purchased with six different credit cards. pic.twitter.com/YWRdrCGxfe

Chet took to Instagram to question 6ix9ine’s popularity after his release from prison. “I’d rather be broke and be able to go where I like/do as I please than have 100 billion and have to live in hiding with 24/7 security team… think about that for all you idiots calling 69 a ‘goat’ and ‘legendary,'” Chet wrote on his Instagram Story. “Don’t be fooled by social media,” Chet warned his followers. “That dude is SCARED SHITLESS but has no choice but to laugh and make light of it cuz he knows he’s a marked man for the rest of his life either way", Chet added. In retaliation the snitch and pedo snarkily replied, “Wishing his dad a speedy recovery,” referencing Tom Hanks’ recent battle with coronavirus.


6ix9ine believes Billboard is about to cheat him out of a No. 1 pic.twitter.com/R4nYsgIPgW

Last Friday, the pedo & snitch rapper who resembles a human form of a parrot and vineral disease, released a new song and video created during his home confinement just weeks after being freed from federal lockup. Today the pedo rapper showed receipts from his label that his shitty song was gonna hit #1 but now Ariana & Justin's shitty song gonna get the top spot. In the video he displayed the forecasts that every label gets, claiming Ariana/Justin submitted 60K units last minute out of no where jumping from #5 to #1. For whatever reason Charlie Puth got involved and liked the pedo/rapper's post.

Lady Gaga has announced the release date for her upcoming single "Rain On Me" featuring Ariana Grande.

The song is one of the most anticipated tracks from Chromatica, which releases on May 29.

"Rain On Me" will be released one week ahead of the album on May 22.

A 30 second LQ snippet of the song leaked on twitter weeks ago and from the sounds of the leak, it’s going to be a club banger.

The song is rumored to be released alongside its music video, which was filmed in February.

In a new interview, @ArianaGrande spoke about her unreleased collab with @DojaCat, why she stopped doing interviews for a while, and much more. 🖤

Check out the nine best moment from the interview below. https://t.co/aJhOWDCFEY

Mumble chanteuse Ariana Grande has been busy during quarantine by donating to multiple relief funds and appearing on various singalongs. Yuh Yuh has also recorded with problematic artists Doja Cat and Justin Beiber. Ari absolute lights up talking about new it girl Dr. Luke protege Doja Cat, "I love her personality. I love what she brings to the table musically. She's just such a breath of fresh air. I think she's brilliant and so talented. ... We did this song together towards the end of last year and I love it so much. I remember when I first wrote it and sent it to her, she was in the shower and she was like, 'Bitch, I love this!'. Ari also touches on the track Scooter made her record with Justin Beiber, "I think it's also a really literally isolating time for people mentally, too. So just, we wanted to put music out because music is the thing that makes people feel good. It's the thing that speaks most to people's spirits and we just wanted to lift them."

Grande is not releasing anything in he near future citing, "There's nothing to tell," she said. "I'm not putting one out. Talk to you when that's, I mean, I've been making stuff. I've been making a lot of stuff, but that's not where my head is at right now."

Ariana Grande and Justin Bieber released their new charity single, "Stuck with U", to benefit First Responders Children’s Foundation. The video features lots of fans who sent in video clips of themselves, a few cameos from celebs + Justin Bieber / Ariana Grande themselves.

According to the description:
"All net proceeds from the streams and sales of “Stuck with U” will be donated to First Responders Children’s Foundation to fund grants and scholarships for children of healthcare workers, emergency medical technicians (EMTs), paramedics, police officers and firefighters serving at the front lines during the global pandemic"