Following the success of his last no1 summer single Watermelon Sugar it looks like Harry Styles is not done with his album promotion yet, as he was caught shooting a new music video in Italy this week. Fan accounts are claiming it is for his song Golden but that hasn't been officially confirmed yet.

ONTD which song do you think should be the next single off Fine Line?

He talks about his new album, new movie, his uncle who passed away from covid-19 earlier this year, what quarantine was like for him, and the California wildfires.

Movie starring Riz Ahmed as a guy named Ruben Stone, a drummer who starts to lose his hearing.

Our baby girl is here, healthy & beautiful🙏🏽❤️to try put into words how i am feeling right now would be an impossible task. The love i feel for this tiny human is beyond my understanding.Grateful to know her, proud to call her mine, & thankful for the life we will have together x pic.twitter.com/nvhfOkk2fw 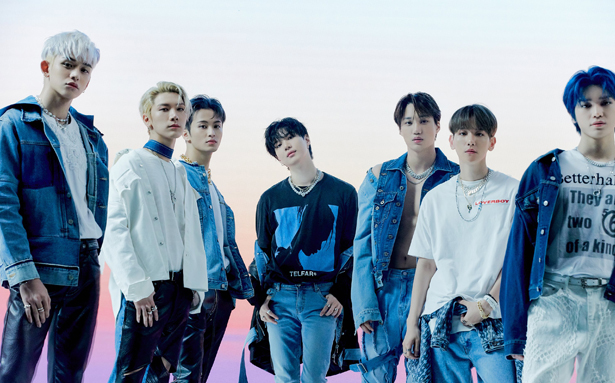 Everyone's favorite K-Pop supergroup SuperM made their second appearance on The Ellen DeGeneres Show today to premiere "One (Monster & Infinity)," the mostly-English title track off their debut album Super One out September 25.

In 2019, the group made their television debut on the show with a brief interview and a performance of their first single "Jopping." Reflecting on that experience, senior member Kai expressed disappointment in DeGeneres' "basic and generic questions."

Open to: All, detailed results viewable to: All. Participants: 76

Which 'Super One' single is your favorite?

Ontd do you like puffy cheetos or crunchy cheetos better?

Season 4 of The Masked Singer premieres tonight and her are all the costumes for the celebs competing this season. The contestants on season have 46 Grammy nominations, 23 platinum records, 10 Hall of Fame appearances, one Olympic gold medalist, collectively sold over 281 million records, appeared in over 5,475 episodes of television and 151 films, five Super Bowl appearances, four stars on the Hollywood Walk of Fame, and one Time 100 honor

which is your favorite costume this season, ONTD

-Hall says that she does not tell her guests the exact questions she will ask,but the topics and subject matter is discussed and that is what was was done with Schroeder.

- In the interview ,Schroeder called herself a Karen and said she says she has a diversity coach she meets weekly over Zoom where she has homework, including race test to gauge her bias.

As Ricky Martin's "She Bangs" turns 20, @AmericanIdol alum William Hung remembers the song that made him famous: "It's part of my identity now." https://t.co/dxFgkYgXsh

The 22nd of september , 20 years ago, Ricky Martin released “She Bangs,” the first single from his album “Sound Loaded.” Written by Desmond Child, Walter Afanasieff, Robi Draco Rosa and Glenn Monroig, the song peaked at No 12 on the BB Hot 100, that song was the 2nd most successful single (behind Livin' la Vida Loca) and gave him a grammy nomination in 2001.


-The Chicks Performed "Sleep at night" on Jimmy Kimmel Live

#BattlestarGalactica actor Michael Hogan has suffered from paralysis and memory loss after a serious fall, and fans are raising money for his medical care https://t.co/PIKAZa3RMu

A fundraiser has been set up for Michael Hogan after an accident in February where he fell and hit his head, causing a massive brain bleed.