In a new interview with Vogue Australia, Sarah Snook confirmed that the Fox adaptation of Jane Austen's Persuasion which she was set to star in has been shelved. The adaptation was announced in September 2020, with Mahalia Belo set to direct and Jessica Swale penning the script. No additional news was announced after Joel Fry was cast as Frederick Wentworth in January 2021.

In April 2021, Netflix announced their own adaptation starring Dakota Johnson and directed by Carrie Cracknell. Principal photography began in May and concluded in July of 2021. The film is expected to premiere in 2022.

i'm so sad about this lmao, the snook version was one of my most anticipated upcoming films and i have... less than high expectations for the netflix one

Stanley Kubrick's passion project 'Napoleon' is becoming an HBO series from Cary Joji Fukunaga, and he told us all about it here. https://t.co/DW48NmRHMb

* Stanley Kubrick’s “Napoleon” film project is often cited as one of the most exciting features to never get made;

* He hired Jack Nicholson to star in the film (Kubrick version);

* Cary Fukunaga revealed that he has been working on [‘Napoleon’] now for, I wanna say, four or five years, maybe longer. So yeah, I’m definitely involved in that. We’ve got all the scripts of the episodes now and we’re getting ready to see where the next stage is on it. So it’s happening.”

* Steven Spielberg announced that he would take over this project and produce it in an HBO series. 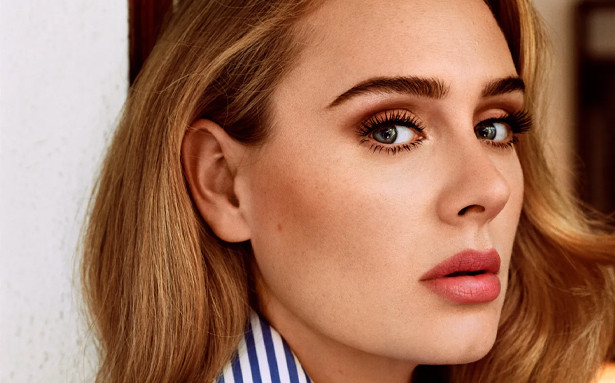 After a 5-year (? i don't even know) hiatus, Stromae is finally back with a new song, 'Santé'

His last album, Racine Carré, was released in 2013

In a interview with @thisisheart the interviewers said that Ed Sheeran was dropping an album as the same time as her and Adele’s reaction is hilarious:

Adele dropped her highly anticipated single yesterday and she's doing the promo rounds. During an interview with Heart radio the host mentioned that Ed Shitstain was releasing music during the same time and Adele's reaction was hilarious af, she was quick to respond oh he should panic. Since Adele announced the release of her new album Ed's bestie Taylor Swift moved her release date and presumably Ed is shitting himself rn because he knows Adele is going to crush him.

Welcome back @adele. We missed you. ❤️ pic.twitter.com/TR6wQxx5Be

This is the last major free update for ACNH. So those 3 years of updates, guess the other 2 are DLC. Eh, okay.

Please, I want my modern furniture....but all of this is FIRE.

Ryan Gosling talked with Modern Luxury about a bunch of topics while promoting his partnership with watch company Tag Heuer. 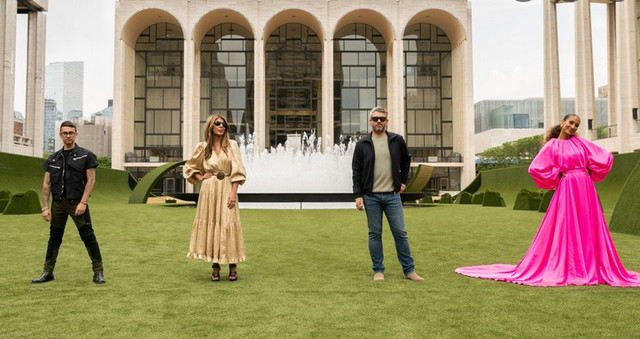 19x01: A Colorful Return
In the season premiere, 16 designers are split into two teams living and working separately to create mini-collections celebrating color; the competition comes to a head on the day of the runway show when they reunite hoping their team is victorious.

Designer bios are here and there is also a Q&A with each designer here.

Karlie Kloss is no longer a host, but Christian Siriano, Nina Garcia, Brandon Maxwell, and Elaine Welteroth are all back.

ONTD, who is your favorite designer so far?

Rachel Weisz is set to star in and produce Seance on a Wet Afternoon for Legendary, based on the 1961 novel by Mark McShane. The film will be directed by Tomas Alfredson (Tinker Tailer Soldier Spy) and writtern by Jack Thorne (Enola Holmes).

The story involves a self-proclaimed medium who convinces her husband to kidnap a child so that she can get fame and validation as a psychic. But when her husband finds out her true motives, he realizes that her plan could destroy them both. Kim Stanley and Richard Attenborough starred in a 1964 adaptation of the novel, which earned several award nominations.

Weisz is currently working on a gender swapped limited series adaptation of Dead Ringers for Amazon.

Always happy to see her getting work! Side note: this is the first post I’ve submitted in months that didn’t give me an error screen!!

Bo Burnham’s 'Inside (The Songs),' the biggest hit of the year on Billboard’s #ComedyAlbums chart, will not be competing for best comedy album at next year’s #GRAMMYshttps://t.co/VLCaR6inh8

Bo Burnham’s comedy special Inside was a major hit this year for Netflix, and features tracks such as “All Eyes On Me,” “That Funny Feeling,” and “Welcome To The Internet.” However, the accompanying album, Inside (The Songs), was deemed ineligible for Best Comedy Album at next year’s Grammys ceremony.

This is the second puzzling decision made by the Grammy committee this week, following the outcry over Kacey Musgraves’ star-crossed being bumped from the country album category.

According to Billboard, the Recording Academy ruled the accompanying album does not meet the criteria for the comedy album category for unspecified reasons. Burnham’s album landed at No. 1 on the comedy chart and has remained in that top spot for its 18 weeks of release.

The album will still be put on the preliminary ballot going out to Recording Academy members, but in the category of best compilation soundtrack for visual media instead of comedy album.