Neil Gaiman announced that Benedict Cumberbatch is joining the cast of #GoodOmens as Satan. (Yes, that Satan.) https://t.co/a0WstOYic1 pic.twitter.com/VdsSaforwj

Gaiman adapted the show himself from his 1990 novel about a demon and an angel who band together in the face of the impending apocalypse.

Without a host, The Academy is looking for a star-studded Marvel superhero team-up to add luster to a show that airs on Disney’s ABC network... https://t.co/bR0EBwNelH

The Academy - after weeks of being a fucking mess regarding now-ousted Kevin Hart - is now looking for other ways to generate interest in this year's Oscars. According to THR they're scrambling to get all of the actors who played Marvel's Avengers on screen together, or throughout the show.

So rather than have one host introduce presenters and such, they'll have a rotating line of celebs to do this - cue the Avengers. The Oscars' producers are currently begging stars from the Avengers saga - from Robert Downey Jr., Chris Evans, Mark Ruffalo, Samuel L. Jackson, etc etc to get on stage - NOT as presenters, but to present the presenters, segments, performances, and more.

No word on if this'll work, but as the Oscars are telecast on ABC (owned by Disney who also owns Marvel and everything else), it's probably some contractual garbage and this may happened. Stay tuned.

After a glut of huge studio releases, we’ve finally come to a week where no major studio is pushing out a new movie in wide release. Warner Brothers is releasing the Nick Nolte drama Head Full of Honey in select cities, but other than that, it’s more of the same as last week. It’s a good week to catch up the films you’ve missed, or check out the indies that have finally expanded to your area.

The films listed are from studios other than the “Big Six” - Paramount, Warner Brothers, 20th Century Fox, Universal, Columbia and Disney. Note that some of the movies listed are in their first week or two of limited release in the USA, so it may take them a few more weeks (or months) to show up in your local arthouse theater or on VOD. Check out the posts from the past few weeks for more movies that may have just opened near you: November 21st, November 16th, and November 9th.

Anna and the Apocalypse

Stars: Ella Hunt, Malcolm Cumming, Sarah Swire, Christopher Leveaux
Writer: Alan McDonald, Ryan McHenry
Director: John McPhail
Genre: Comedy, Fantasy, Horror
Plot: A zombie apocalypse threatens the sleepy town of Little Haven - at Christmas - forcing Anna and her friends to fight, slash and sing their way to survival, facing the undead in a desperate race to reach their loved ones. But they soon discover that no one is safe in this new world, and with civilization falling apart around them, the only people they can truly rely on are each other.
What you should know: Premiered at Fantastic Fest in 2017, so its journey to a release has been a long one.
Opens in: Select cities

What have you seen lately, ONTD? What do you plan on seeing in the next few days?

On the casting that never was: "I read Benedict Cumberbatch. He came and read for Bill. ... Jessica Chastain read for Sookie. Jennifer Lawrence read for, in season 3 there's this werepanther girl, and she was great" https://t.co/flx4O9Us7O

It's been ten years since True Blood premiered, and creator Alan Ball shared a little known fact about now famous actors who auditioned for the HBO show.

"I read Benedict Cumberbatch. He came and read for Bill. ... Jessica Chastain read for Sookie. Jennifer Lawrence read for, in season 3 there's this werepanther girl, and she was great."

Ball wanted to cast Lawrence, but she was only 17 at the time and the character was meant to be Jason's girlfriend so the age difference would've been inappropriate.

Ever got a Christmas gift that was so bad you didn't know what to do and how to react? We have, so we got Benedict Cumberbatch to teach us how act like you absolutely love that rubbish pair of socks your auntie gave you, ahead of his starring role in The Grinch this Christmas.

ONTD, what bad gifts did you have to fake enthusiasm for? 🎁

[Thou knowest I dare not look into thine eyes.]

ONTD, is chamomile tea, tea? What is coffee? 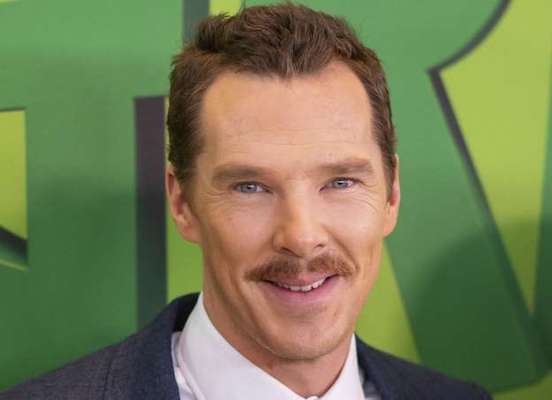 If you thought that lizards couldn't grow moustaches, you were wrong. Benedict Cumberbatch is rockin' a pretty hefty 'stache.

He is voicing the grinch in the new reboot of The Grinch. He is making the PR rounds, showing off his hairy new friend. 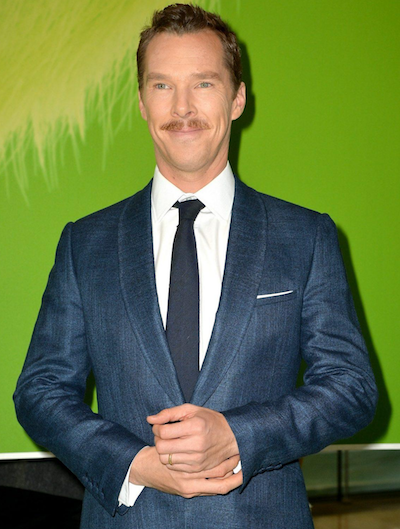 Open to: All, detailed results viewable to: All. Participants: 137

Who would you rather?

What makes you grinchy? Is it possible for a man to look hot with a moustache?

#GreenBookMovie will have you “smiling, and laughing, and grinning.” - @fsnewsfeed. See it in theaters November 21. pic.twitter.com/x8LNhC1M9J

A bit of a follow up to my previous awards season post this morning, but Universal Pictures updated their FYC (for your consideration) website and currently has 'First Man', 'The Grinch', and 'Green Book' listed as their big contenders.

-- 'Green Book', which already premiered at TIFF to great praise (and won the People's Choice there) will of course be submitted for actor (Viggo Mortensen) and supporting actor (Mahershala Ali), as well as picture, director (Peter Farrelly - yes, that one), supporting actress (Linda Cardellini), original screenplay co-written by Farrelly, and various tech/crafts categories.

-- I left 'The Grinch' for last because Universal's out of their collection fucking minds as they're submitting lead voice Benedict Cumberbatch for actor (yes, yes they are). Like, if Andy Serkis never got recognized, y'all think Ben will???? It's also being submitted for best animated feature, director, best Original Song by Tyler, The Creator, and more tech/crafts categories.

• ‘Sherlock’ S5 may not happen due to Marvel commitment

• Benedict Cumberbatch will receive a massive pay raise of £5m for the sequel .
• Filming expected to start in spring and could take up to 6 months .
• ‘Sherlock’ S5 may not happen due to Marvel commitment .
• He earned £4.2 million in total from his work on Doctor Strange, Thor: Ragnarok, Avengers: Infinity War, and Avengers 4.