Thanks to COVID-19 and AMC's unwavering commitment to the Walking Dead universe, Better Call Saul's sixth and final season is unlikely to air this year. AMC Networks CEO Josh Sapan cited COVID-related production delays and a fuller-than-usual slate of Walking Dead shows on an earnings call Friday, adding that "it does look likely, at this point, that 'Better Call Saul' will move into the first quarter of 2022. That's the way we're seeing it right now."

Better Call Saul is scheduled to resume production on its final season next month; no premiere date has been set. The 10-episode fifth season aired from February to April 2020.

ONTD, who is your favorite character on Better Call Saul and why is it Kim Wexler?

Today is the birthday of Thai kpop idol Chittaphon Leechaiyapornkul aka TEN, member of NCT/WayV and SuperM. A great opportunity to look at some moments from his career so far!


[More moments!]
Solo:
After 7th sense it was quiet for a bit, suffering from a knee injury and not debuting in any of the new NCT subunits. In 2018 Ten came back with "Baby Don't Stop" and SM station solo song "New Heroes".

Wayv:
In 2019, during a time when kpop groups weren't allowed to promote in China, a new chinese based NCT subunit was created called WayV. Ten's 2nd debut. Let's take a look at last years MAMA performance of "Turn Back Time".

The members of WayV all got the opportunity to do a project on their own. Getting to make something they wanted to make. Ten in collaboration with WinWin created their own modern dance choreograpy which resulted in this great dance performance:

On the 10th of March WayV will be releasing a new mini album sure to be filled with new bops.

SuperM:
Ten debuted for the 3rd time, also in 2019, with kpop super group SuperM. The group debuted with the song "Jopping", a combination of jumping and popping. The self titled EP went on to debut at #1 on the Bilboard 200.

Bonus/Hit the Stage:
In 2016 Ten participated in the Korean danceshow Hit The Stage. Ten shows off his flexability during this interesting performance. Make sure to watch till the end.

Happy birthday Ten! Hope you will be granted some new solo opportunities soon!
10velys what is your fav performance/moment of his career so far?

Eliza Dushku has announced that she and husband Peter Palandijan are expecting their second child together, a younger sibling for son Philip. The baby will also join Peter's four children from his first marriage.

Netflix new Gilmore Girl knockoff show Ginny & Georgia seems to be doing fine going by the Netflix Top 10, but all twitter is talking about is that scene

On her 35th birthday, Australian actress, mama blogger, Kristen Stewart tribute act and vegan nutritional shake spokesperson* Teresa Palmer has announced that she's pregnant with her fourth baby with actor/director husband Mark Webber, for whom this will be baby number five.

Webber marked his wife's 35th trip around the sun by posting a topless photo of her and kind of making her birthday all about him, which is pretty par for the course.**

Palmer has just wrapped on the third and final season of A Discovery of Witches — a show that OP must sadly admit got worse in its second season and doesn't really want to talk about it.

In "couldn't be me" news, the Warm Bodies thespian has previously stated that she'd like at least five, but preferably six, babies in total.

Have any of the old Disco Witches crew watched the latest season? Do you agree that it somehow got better and yet worse? Discuss.

Following the assassination of a suspect, Clarice and VICAP are investigated by Krendler’s rival at the Bureau, SA Anthony Herman (David Hewlett). When Ardelia is recruited to assist him, it causes friction between the two friends.

Actress Abigail Breslin has revealed that her father has passed away from covid-19. She said previously that her father Michael, 78, had tested positive for the virus on February 10th and he had been careful, not leaving home since the pandemic began except for doctors appointments.

She said in part, "It was COVID-19 that cut my sweet daddy’s life too short...he loved me and he loved my brothers and he loved my mom. And we loved him. And we always will. I miss you daddy. I can’t wait to see you again."

Condolences to the Breslin family.

Allegedly, the recently diamond-encrusted rapper has been dating the recently freed JT from the City Girls for a few months.

Rumors were flewed out when Uzi posted this picture of the two in November:

( Collapse )
Congrats to the happy couple?

According to news reports, Johnny Depp's French village is up for sale again. He first listed his French estate back in 2015 and 2016, the asking price- between $25 million and $63 million. Now he's listed it again for $55 Million

Check out some photos 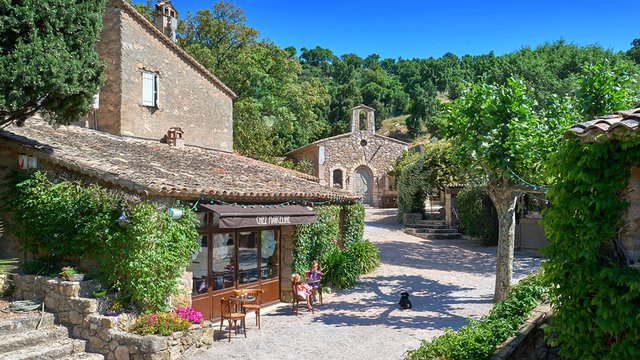