25 Times a TV Show Replaced a Departing Star With a New Character — Was It an Upgrade or a Flop?https://t.co/8vEdY3UKHH

Cast changes on a long-running TV show are inevitable… but some work out better than others.
They bring in a new character who’s clearly meant to play the same type of role the departing star did.

Open to: All, detailed results viewable to: All. Participants: 71

Open to: All, detailed results viewable to: All. Participants: 67

-Brenda Cooper is the woman behind many of the iconic looks that Fran Fine wore during the shows first 4 seasons.

-Would have to pull 50 outfits per episode, 6 were just for Fran.

-In order to keep Fran stylish and not show to much skin while she was "working" she added the iconic turtleneck look that Fran would wear under many of her dresses.

-Took about 8-12 hrs a day just to shop for the show and about every piece would end up altered in some way.

-Would find clothes at Kmart and alter them, even found one of the CCs jackets in the trash (Niles would die to get a joke in)

-All 6 seasons are currently streaming on HBO Max

Lauren Hough, author of Leaving Isn't The Hardest Thing, goes on an extended Twitter rant against "fucking nerds" for giving her book 4 and 4.5 star reviews. pic.twitter.com/v5S6HRWCYc

Goodreads gave it a 4.5 star rating (the goodreads ratings go from 1 to 5 stars).

She did not like that and called reviews out on twitter, so goodreads collectively gave the book 1 star ratings to lower the score. it is now at 2.12.

Lauren Hough has been melting down over it on twitter for days now, comparing the situation to misogyny, Nazi book burning, and r*pe

there is so much more on her twitter feed

The next evolution of the recent 2000s nostalgia resurgence is likely Twilightcore. What is that? It's everything related to "Twilight," the series of vampire novels by Stephanie Meyer.

Open to: All, detailed results viewable to: All. Participants: 198

Did you like Twilight when it was a thing?

There was a virtual premiere for the second season of the show :

-The main cast was there: Diego Boneta (Luis Miguel), Camila Sodi ( her character is named Erika but she is based on Issabela Camil, one of Luis Miguel's many girlfriends) , Martín Bello (Tito), Juanpa Zurita ( Alejandro Basteri) , César Bordón (Hugo Lopez)

-They showed the first 10 minutes of the first episode.

- The season will be more dark and will have many heavy scenes.

- It premieres today at 8 pm EST (Telemundo has the rights for the USA, in the rest of the world it premieres on Netflix)

- Like the first season, the episodes will be weekly.

In the video , WSJ goes behind the scenes to a SHINee concert and to see how kpop groups are reinventing the way to make virtual concerts .


- Global revenue by concerts last year dropped 70% because of the pandemic.

- The Dream Maker CEO says they want to deliver a show that can't be pulled off at a live offline concert, so it's a different experience.

- DME has produced 11 of these shows for kpop bands like: TWICE, NCT , Super Junior, and others.

- This is also a good alternative for international fans of those kpop bands , that won't be able to see their favorite group in an offline concert because they don't go to their countries.

- SME CEO didn't say how much were the profits but he said the venture has been economically viable. 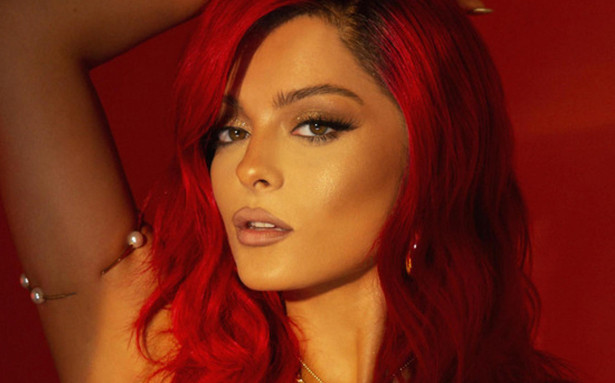 Last week, Bebe Rexha revealed that her sophomore album Better Mistakes will drop on May 7, with guest appearances by Doja Cat, Lil Uzi Vert and more. Ahead of its release, I took the liberty of revisiting and ranking her singles discography.

The 20 tracks on this list were officially released as singles, with Rexha credited as lead artist. Singles on which she is credited as a featured artist (Louis Tomlinson's "Back to You") and promotional singles ("Not 20 Anymore") are not included.

Other performers included The Black Keys, Doja Cat, Saweetie, Snoop Dogg, Diplo, Major Lazer and more. Guess celebs will do anything for a cheque.

Pete Davidson interviewed Jake Paul and Ben Askren before the fight too for some reason.

Godzilla vs. Kong topped the box office for the 3rd weekend in a row, with $7.7 million. Its domestic total so far has now surpassed $80 million and will most likely be the first film to pass the $100 million mark in 14 months.

Next week's releaes are lead by Mortal Kombat which debuts in theaters and HBO Max. 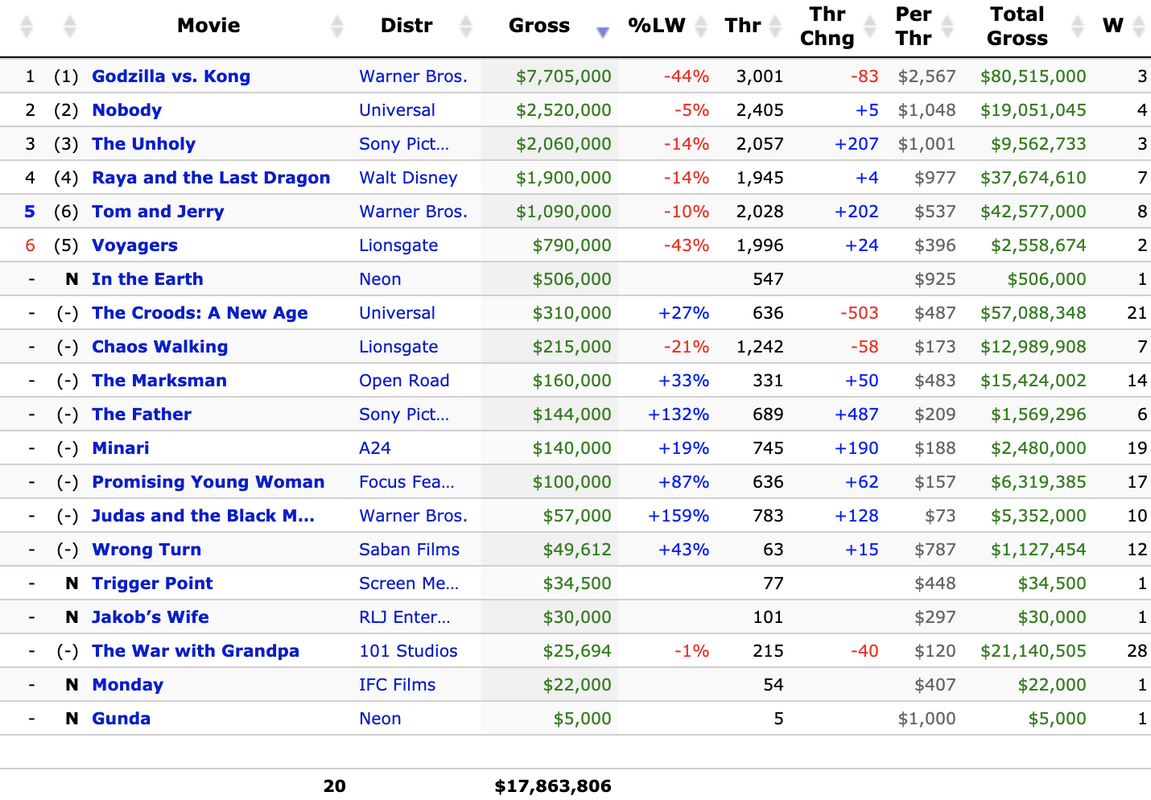 AJ challenged Kevin on TikTok to cover the song, and so he did. The alpacas enjoy the live show.