-The HBCU Homecoming 2020 celebrated the history of Historically Black Collages and Universities this year by having a virtual homecoming.


-Chloe and Halle performed "Lift every voice" at the "Meet me at the Yard" Virtual homecoming, which also featured Saweetie performing "Tap In".

Performances, Marching Bands, Step teams and more under the cut

Lily James was at the center of her co-star Armie Hammer’s marriage split https://t.co/GAntIgjcxI pic.twitter.com/jFuAEwlBJ0

- coming from the paradigmatic source of substantive journalism
- Mr. Hammer's baking soda was allegedly rising for his co-star Lily James on the set of the blah remake Rebecca.
- At the time, Baking Soda Boy was still married to his wife Elizabeth Chambers
- Chambers apparently found about the flirtation that was not a part of the script and showed Armie the Arm & Hammer (by that, OP means divorce papers, probably changed the locks too)
- a film insider said the two acted like a couple after shooting wrapped. Were they plugging in? No pics are out so maybe we'll never know.

This 2020 scandal was made possible by philanderers and viewers like you. Thank you, kitten!

JOIN US TONIGHT, OCTOBER 24 at 9 PM ET TO WATCH
THE HAUNTING!

This horror tale focuses on visitors to the secluded mansion of Hill House who have been called to the isolated location by Dr. David Marrow (Liam Neeson) as part of a study on insomnia. However, Marrow is really investigating fear, and he plans to scare the subjects, including the introverted Nell (Lili Taylor) and the seductive Theo (Catherine Zeta-Jones). Unfortunately for Marrow and everyone staying at Hill House, the manor is actually haunted by an evil spirit out to torment its guests.

After setting up, click HERE to join the party! Please stand by for the updated link around 9:45 PM ET, it’s blank for now pending post approval. THE LINK IS LIVE!

Thanks MODS for everything you do!

Would you stay the night in a haunted house, ONTD? Do you have insomnia? What's your opinion on....baby ghosts?

Josh Hartnett is opening up about the moment in 2001 that set his career up to fail https://t.co/OKCw9Gvnsc


After Pearl Harbor came out in 2001 Vanity Fair profiled him, and looking back at it now Josh thinks that article set him up to fail

“Oh, that was an awful piece. Was there even a quote from me in it, or was it just everyone talking about how hot I was? People got a chip on their shoulder about me after that. They genuinely thought I’d been thrust on them. It was a very weird time.”

“It’s just that it happened at a time when I wasn’t that famous, and it seemed to already be asking whether I should be or not. I felt like: ‘Oh my God! I’m not the tallest poppy yet – don’t cut me down!’ I was being compared to Tom Cruise and Julia Roberts and that’s insane. It was a set-up-to-fail moment. It was actually an interesting look at the nature of fame. If only it wasn’t about me.”

who is your fave up and coming actor that never really happened ontd?

Yesterday, Oct. 23, marked Ryan's 44th Birthday yesterday, Oct. 23 was also the  birthday of Emilia. Ryan used this fact as the perfect opportunity to troll Emilia on their shared special day.

Then he chose the perfect date for Emilia's new birthday: Feb. 29th, leap day the day that occurs, like, every four years.

Emilia decided to celebrate her birthday in style, by jumping out of an airplane.

- In July, YouTuber D'Angelo Wallace went from 600,000 YouTube subscribers to over 1 million in one week.

- His channel's staggering growth is indicative of the renaissance that's happening in the "commentary" genre on the platform, where YouTubers discuss and critique other YouTubers and their drama.

- Now at 1.6 million subscribers, Wallace talked to Insider about his cocky attitude (and charm), his creative process, and the time an A-list YouTuber asked him to make a video about them.

Fangirling over your favorite YouTuber is out. Tearing them to pieces is in. And D'Angelo Wallace is very good at explaining why the YouTubers you used to love are actually not worth your time.

"Sometimes I find it hard to grasp how you can have millions and millions of subscribers but seemingly always be mad that people are talking about you online," Wallace, who has also had negative commentary videos made about him before, said.

"It becomes a game where you have to pick your battles. At the same time as Gabbie Hanna is criticizing these people, she's also absolutely legitimizing them, because now we know that she's watching. The commentary is literally making an impact, it's not just opinions anymore." 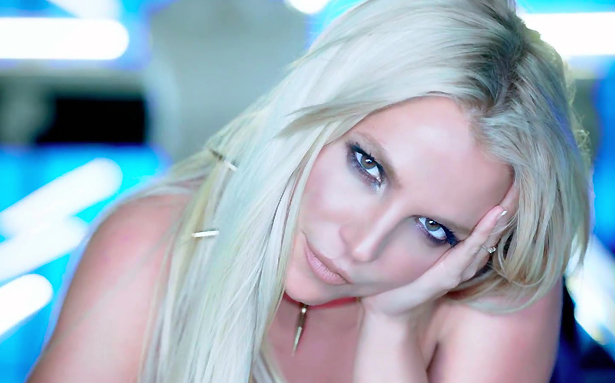 In a new interview, celebrity makeup artist Maxi made disturbing allegations of an ongoing plot against Britney Spears by her conservatorship team.

Speaking to the hosts of the Calababes podcast, Maxi, who worked with Spears on her "Slumber Party" music video in 2016, implied that Handmaid's Tale-style steps have been taken to prevent the 38-year-old from marrying boyfriend Sam Ashgari or having his children.

"I can tell you what they're still controlling to this day is whether she has a baby or not, whether she gets married or not, who her friends are, and those are some big things," he said. "We're talking some Handmaid's Tale-type things to keep her from having a baby. Like, we're talking... I can't detail it and I'm not gonna specifically say, but I will say for sure, she would've had a baby by now. She would've probably been married to Sam by now. She would have groups of friends around her."

Maxi went on to claim that Ashgari, 26, was put "through hell" by Spears' father Jamie when he began courting the pop star four years ago.