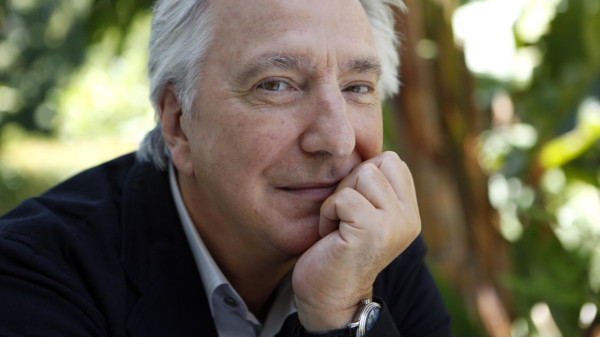 - It is suspected that ''he may have suffered a small stroke'' in August 2015 ''that led doctors to the cancer diagnosis.''
- ''His decline was rapid after that.''
- ''He apparently concealed his diagnosis from all but close confidants.''
- He hadn't told some friends until around December ''and kept an upbeat demeanour even weeks before his death.''
- Many of his neighbours say he didn't look ill: ''He always smiled and said hello... I saw him before Christmas and he looked normal. I had no idea about the cancer.''
- He may not have known how advanced his illness was until just a few weeks ago as, later this month, he ''was scheduled to give a talk at his old school, Latymer Upper.''
- Sky News recently filmed a tribute for him at Latymer, interviewing staff, who eagerly shared some rare photos of him from his youth (aged 14-late teens) during his time there as well as at Chelsea College of Arts and had the chance to speak with one of their former pupils, 19-year-old Benedict Clarke (young Severus Snape in Deathly Hallows: Part 2) who fondly recalled some behind-the-scenes stories of the late actor. 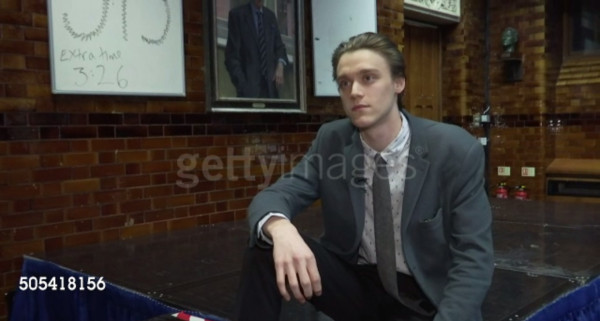 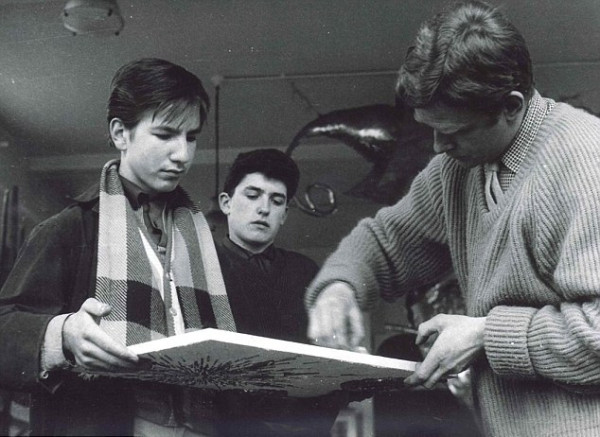 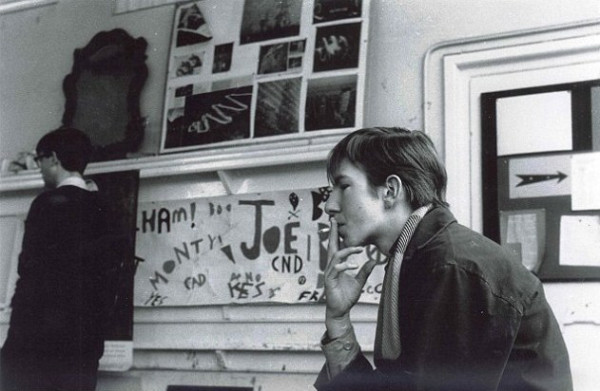 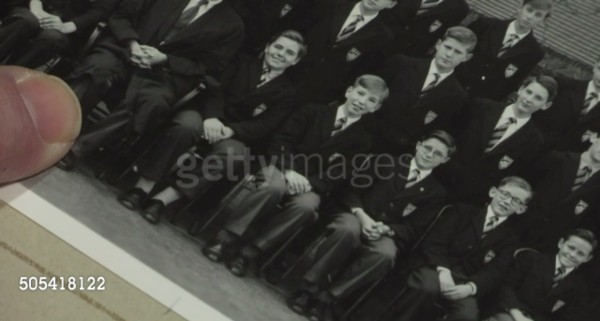 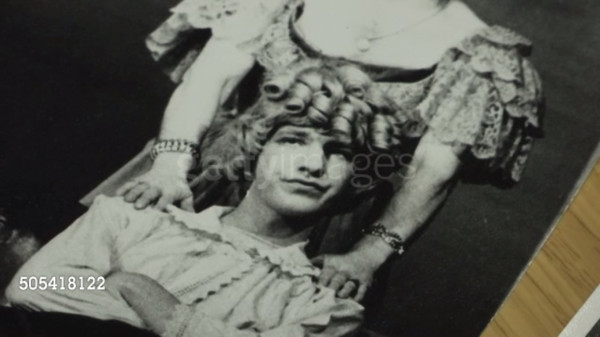 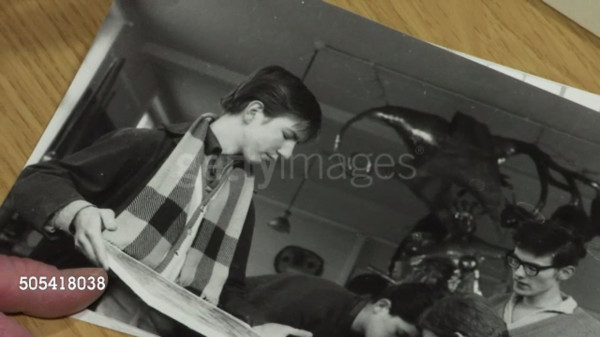 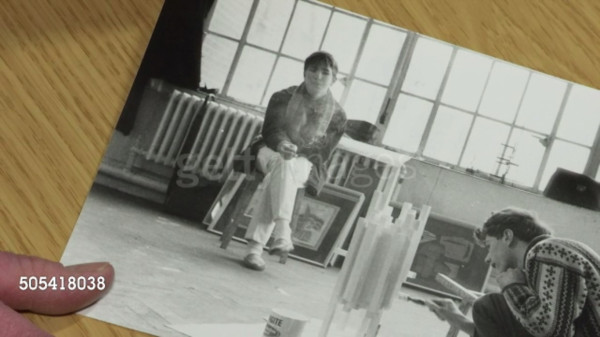 I want to cry. Cancer is striking so fucking hard this year. Edit: Never mind. Every year. ;___;

On a related note, I'm glad this post allowed people to open up about their heartbreaking losses to the evils of merciless cancer. My heart and thoughts go out to all of you. ♥

nikuru
January 17th, 2016, 03:04 pm
*hugs* me too. I don't know what to think, just that I will never get over cancer, I've lost family members, friend's family members, parents friend and heroes to this and it's never going to stop, fuck I am terrified I will get it myself too. Seems so damn likely at this point.

gemdiamandis
January 17th, 2016, 04:05 pm
I feel you. It's my biggest fear. I've lost both my grandfathers and family friends to it, plus my mom had it several times and my aunts and uncles and I'm afraid I'm next. D: Any time I have any kind of pain I think it's cancer.

somnus_angel
January 17th, 2016, 04:49 pm
That's my biggest fear too, my grandmother and mom had cancer so I feel like it is a slow moving countdown at this point. I really need to get some genetic testing done.
(no subject) -

29feb
January 17th, 2016, 05:25 pm
Cancer is so common that I prepare myself for it. Anything else could happen but cancer is a likely possibility.
(no subject) -

our gov should spend more on finding a cure

jrh19782002
January 17th, 2016, 07:49 pm
not on this stupid war that has cost trillions trying to police the world like we always do.but war makes more money than cancer cures would :(
Re: our gov should spend more on finding a cure -

teamdowney
January 17th, 2016, 08:25 pm
I had a cancer scare this last year and it was terrifying. I had to wait a month to get biopsies and I went through every possible scenario in my head of what it could be. It was incredibly frightening.
(no subject) -

monpochi
January 18th, 2016, 04:46 am
Now this is starting to scare me too... because we have Cancer in our bloodline (an aunt of mine, my mum's youngest sister had a kidney cancer scare and my mum's eldest brother died from leukemia when they were young).

The anxiety is not good for my blood pressure. @_@
(no subject) -

espressotorte
January 17th, 2016, 03:04 pm
pancreatic cancer is the worst. It seems like most people find out when its too late because it either goes undetected like his did, or it presents itself in other ways. RIP man.

insomniachobs
January 17th, 2016, 03:23 pm
That was what happened with my grandad - no sign of it until it was much too late. Pancreatic is the sneaky fucker of cancers.

colonel_green
January 17th, 2016, 03:53 pm
My father had pancreatic cancer and lasted about a year after his diagnosis.

yuppielawyer
January 17th, 2016, 03:56 pm
Yep, it is not symptomatic until it's too late. Usually the only people who survive are those who have it discovered by accident--like if they're having a scan or surgery near that area for a completely unrelated reason.

concreteway
January 17th, 2016, 04:28 pm
Yep, my grandfather was diagnosed and passed about three months later. 80% of people diagnosed with it are dead within a year, 94% within five years. It's basically a death sentence :/

jdnightghobhadi
January 17th, 2016, 07:36 pm
Wow. Most people I know diagnosed with it make it to about 3.5 months at most since most don't know they have it until it reaches its advanced stages. Rickman was lucky he made it to nearly 5 months. I'm so sorry about your grandfather too, baby. *hugs* :(

syaarini
January 17th, 2016, 04:51 pm
yeah. my late grandma was perfectly fine until she was ill with what we thought was a gastric flu, and then she was gone in just a few months. It was just so horrible
(no subject) -

theblackwidow
January 17th, 2016, 05:05 pm
my 7th grade English teacher's husband (who was in my dad's fantasy football league) had it and it actually went into remission. He got in again like 8 years later and died :/

chomsky
January 17th, 2016, 05:24 pm
it truly is. My grandpa had it when he was in his 70s, but by sheer luck and a Whipple procedure in time, he beat it and lived for another 15 years before he died of other causes at 89. I'm so so thankful he caught it in time because most don't.

wristtattoos
January 17th, 2016, 05:45 pm
thats what happened to my grandma. there was no time for treatment.

mcwicca
January 17th, 2016, 06:30 pm
The diagnosis is pretty much a death sentence. From what I know it's one of the worst cancers there is.

lowlighter
January 17th, 2016, 07:13 pm
that's what happened to my dad. he'd been having minor stomach issues for probably about a year before the shit hit the fan and it got really bad. it took forever to figure out what was going on with him and by then, the tumor had spread to his liver so there wasn't much that could be done.

i've never been so heartbroken as when i had to watch his face when the surgeon told him that and the oncologist said "you may only have 2-3 years". he tried and fought so hard through a major surgery to fix a blocked bile duct and chemo and only made it 8 months.

it's awful and terrifying.

willow_diamond
January 17th, 2016, 08:20 pm
came here to say this. A friend of mine's mother died from it and she was already stage 4 when they found it. I think it's the most deadly form of cancer.

modern_toilet
January 17th, 2016, 03:04 pm
my dad got diagnosed with colon cancer 4 months ago because he had had a heart attack 4 months before THAT and his blood thinners lowered his hemoglobin and he had to go back to the hospital and that's when they realized it, so this doesn't make me feel great.

expectingmore
January 17th, 2016, 05:50 pm
this gives me hope, I rarely seem to see positive things about colorectal cancer. thanks xx

wintourseason
January 17th, 2016, 08:01 pm
i'm so glad to read this. my best friend's mum was just diagnosed with colon cancer. my grandfather had it/went through treatment for 5 pretty good years before it spread and he died.

my boyfriend had leukemia when he was 17 and his mom died from a brain tumor (glioblastoma?) when he was 22.

cancer is the absolute worst.

gemini_girl07
January 17th, 2016, 10:03 pm
my dad had colon cancer about 4 years ago...caught it super early because he had gone in for a routine physical and being old as shit they were checking everything and found it...did radiation for awhile and that's it...so far he's been in the clear...

icecoldrain
January 18th, 2016, 02:01 am
My grandpa had colon cancer and has been cancer free for over 20 years now. I hope that your dad beats it!

homicidalslayer
January 17th, 2016, 03:04 pm
My dad lasted 38 days after his diagnosis, and less than a week after he was declared terminal.

Shit started growing in behind his bile ducts, warning factors didn't show up on his bi-annual screening.

yanozuyanoki
January 17th, 2016, 03:18 pm
how's the process before the cancer diagnosis came out? is the diagnosis always resulting in rapid decline because the patient's shock? or is it because the chemo?

krissasaur
January 17th, 2016, 03:25 pm
I think it is just that the symptoms aren't really noticeable until it's too late, symptoms which cause a rapid decline. The diagnosis comes because the doctors / patient finally notice it.

ETA: He never actually got a chance to start chemo, they wanted him to do some PT to regain his stamina a bit first. Also, the oncologist his PCP selected hadn't gotten back from vacation to evaluate him yet.

I remember when I was 12, my grandfather was feeling a little under the weather towards the end of summer vacation... by the following March, he was dead of pancreatic cancer.

gemdiamandis
January 17th, 2016, 04:09 pm
Omg that's like the same with my grandpa. He got sick in the summer and died in March of lung cancer. I was eight at the time and he lived with me and my parents our whole life so it really fucked me up. Cancer is the literal worst.

jdnightghobhadi
January 17th, 2016, 07:46 pm
He had one of those rare faces that seemed to not change much with age, meaning he was still recognisable. For some when they grow older, they can look way different (i.e. Marlon Brando). It was one of the few things about this awful news that made me crack a little smile.

pacehim
January 18th, 2016, 05:05 am
Actually most people look the same as they age unless they get plastic surgery, do hardcore drugs, etc. Brando looked different with age because he blimped up
(no subject) -

rebeljean
January 17th, 2016, 03:22 pm
My step-grandmother died from pancreatic cancer in 2004. She bought me my first Harry Potter book.

concreteway
January 17th, 2016, 04:38 pm
Same. I've lost 3 of 4 grandparents to cancer and 4 of 6 aunts on my maternal side have had breast cancer. I also found out recently that her side of the family carries the gene for colon cancer.

I have so much anxiety about it tbh.
(no subject) - (Anonymous)

jdnightghobhadi
January 17th, 2016, 07:48 pm
Thank you for sharing this. This is undeniably awesome.

nene718
January 17th, 2016, 06:03 pm
there will never be a single cure but in the coming years and decades we'll find more for specific types

teamdowney
January 17th, 2016, 08:47 pm
Thank you for saying this, so many people say when will we have a cure for cancer? Well what kind and what sub type? And there are so many different factors that go into a cure. They haven't found a catch all for abnormal cells dividing uncontrollably and destroying body tissue yet. And when they do I have a feeling mother nature will throw us something equally as horrendous. Like they'll be genetic abnormalities that crop up in future generations once we find the catch all.

sophistiquated
January 18th, 2016, 07:10 pm
There won't be a single cure because of all of the different types and stages of cancer. Most types of cancer are no longer a death sentence. Unfortunately, pancreatic cancer usually is :(
←
→