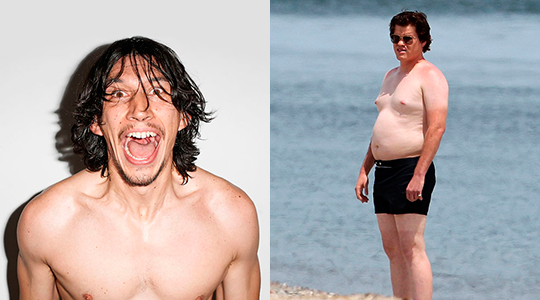 Talented Sex Symbols™ Adam Driver and Meth Damon (Jesse Plemons) attended the Late Night with Seth Meyers show last night (or the previous one, I'm lazy and not sure) to promote the upcoming Star Wars movies and Fargo Season 2's finale, respectively. Adam talked about comic con's craziness and Star Wars' secrecy while Methy discussed the difference between FNL and Breaking Bad fans and his resemblence to actual Matt Damon. Check the videos and highlights below.

Do you have any theories over how Seth Meyers didn't succumb to the sexually fluid side of the Force while in the presence of such sensual, Epicurean beings, ONTD? TYFYA!