5 SOS Respond To Bitter Journalist Who Attacked Them Online

5 Seconds of Summer drummer Ashton responded via interview to a recent Twitter tirade about them by a known music journalist. 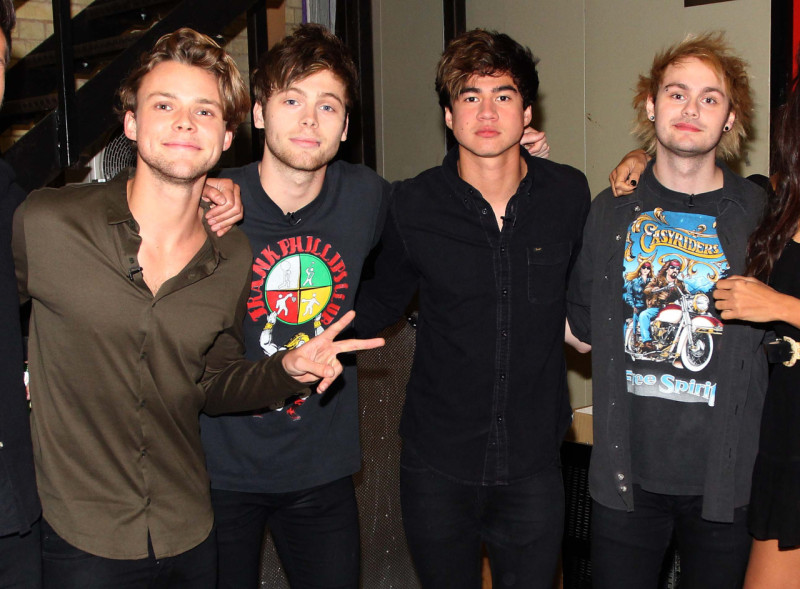 - The journalist started a twitter tirade on them,  said the band is destroying the reputation of Australia worldwide
- In an interview Ashton responded to it and said, “It says we’re ‘not cool enough’… I mean, what is that? What is that culture of judgment? I think that’s b***s***. I couldn't give a f*** [ if we're cool enough]"
- Some stats so far: their debut album sold over 3 million, and their last world tour was about 1.2 million tickets sold, their current unreleased [Oct 23] album is #1 in 50 countries.
- Their manager said, "We’ve got all these amazing statistics we can reel off to make people pay attention, but the figures just don’t hit home with some people. Some listeners are determined not to like the boys.” in regards to some of the unneccessary hate the boys get.

their album leaked... you all should really give it a listen, the songs you heard so far are crap compared to the album
castaway>>>>>>> everything