Fifth Harmony Are Working With Max Martin On Their Second Album 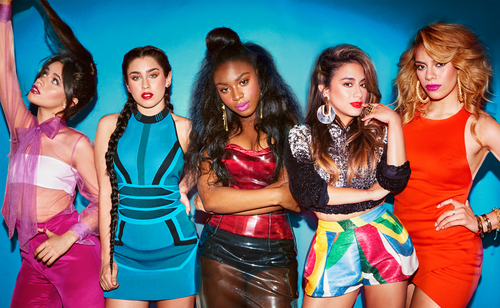 Fifth Harmony aren’t playing with their second album! Lauren Jauregui told Billboard that the band has called on hitmaker du jour Max Martin to help them craft hits. “It’s a really good vibe for recording — [Max] is in a great spirit the whole time,” the 19-year-old says of producer’s Los Angeles compound. “We’ve been wanting to work with Max for a while, and his camp as well. They’ve produced some of the best records of all time, year after year, consistently. They’re so talented and creative, and there’s real camaraderie and positivity.”
The diva reveals that Fifth Harmony are taking things in a slightly different direction this time around. “For starters, we definitely want to mature in terms of our lyrics and content,” Lauren says. “Although [on the first album] we touched upon a bunch of subjects that we definitely agreed with and our very relevant to us, like girl power and self-love, hopefully this time around we can have some more vulnerability, some more ballads and mid-tempo type [songs], to balance out this album. We want you to sit through it and feel a roller coaster of emotions.”

That supports what producer Harmony Samuels said about the project. “I just started working with them last week for their new album,” he told Idolator in July. “It’s really different. It’s really fresh. They’ve definitely grown. It’s a little bit more soulful, a little bit more quirky, definitely a little bit more Destiny’s Child-esque, you know what I’m saying? You’re going to hear more of their voices as individuals.”
Max Martin produced so much jams!! #5H2 is hoing to be epic! I'm not ready!