Ian Somerhalder continued his year long streak of acting like an immature child over Nina Dobrev dumping his ass. Unfortunately this time it's instagram so he can't blame a hacker! #PoorIan

"This Nian Thing" because that is definitely just a fan pairing and not an actual relationship that lasted multiple years. Stay Classy!
Nina Dobrev and boyfriend Austin Stowell made their red carpet debut earlier this week, so it's anyone's guess what on Earth could've caused Ian to decide to drag Nian stans today!  Must've been a total coincidence! He's moved on, you guys.
Edited to add context:
Ian made a post about how he won't respond to hate and then he chose to write this comment in response to a fan who didn't even mention Nina. The fan he's replying to said something nice about Nikki Reed and he made it about Nian (Ian and Nina as a couple). People who are familiar with tvd fandom know that practically no one cares about "Nian", anymore.  The rabid fans in his/his wife's mentions are Delena shippers who like Ian's character and Nina's character together as a couple. Not the actual actors.
Now, "be respectful" and enjoy some pictures of a happy couple!
By the way, Nina's movie The Final Girls is out today! 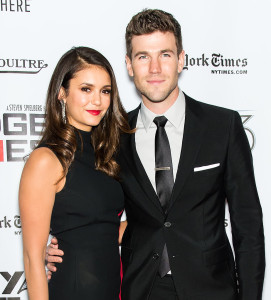 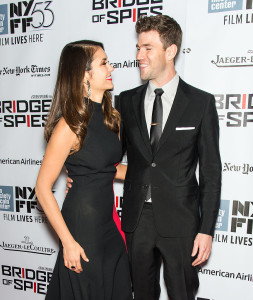