Stephen Amell attacks Stardust and gets match at SummerSlam 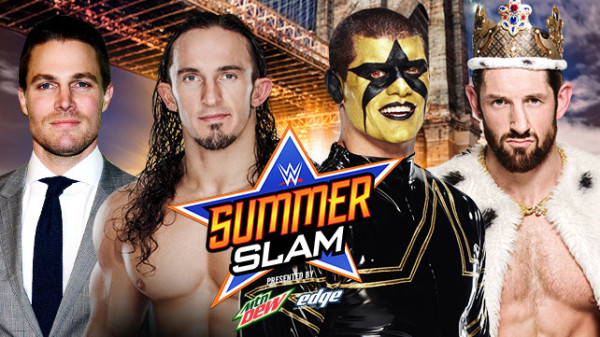 After Neville defeated King Barrett on Raw, Stardust appeared, taking out The Man That Gravity Forgot before sliding out of the ring to push his social media rival. Amell didn’t take the attack lightly and hopped the barricade, jumped in the ring and retaliated against Stardust. Security immediately pulled Amell away as Barrett and Stardust retreated.

After the match, Triple H chastized Amell for his actions. Much like his TV alter-ego, however, Amell refused to back down and he and Neville issued a challenge for SummerSlam. At first, The Game dismissed the actor's plea, but Amell was persistent and insisted on accepting all the risks that come with setting foot inside a WWE ring. After mulling his decision for a moment, Triple H made it official.