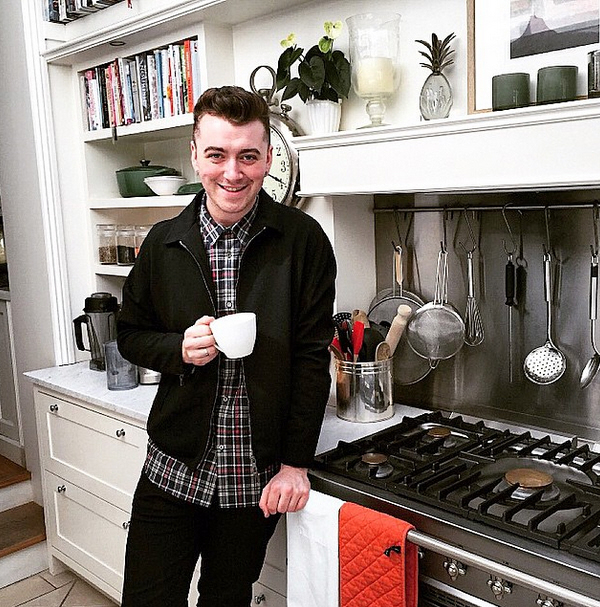 Sam Smith lost over 40lbs after seeing these photos of himself on the beach back in January.  Two days ago he shared the picture above on his Instagram, captioning it, "4 pounds away from my goal weight and feel happier and healthier than ever #eatnourishglow"

In a new interview with Australian TV show A Current Affair, the slender singer opened up about his past struggles with food.
''From a young age food has controlled me. When I was at school and wasn't having a great time or when music wasn't going very well. I would eat, eat... eating would make me feel better, when I felt lonely I would eat.''

Smith has received verbal abuse for both his weight and his sexual orientation, but being called fat is what really bothers him.
''If someone calls me a f***** it's like, 'I am gay and I'm proud to be gay', so there's no issues. But if someone calls you fat, that's something I want to change. That's something I can change so that affects me more.''
SOURCE, 2