Michael Bublé Is Deeply Hurt That You Misinterpreted His Message 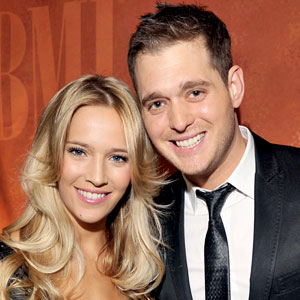 Michael Buble responded to the creepshot backlash in this statement made to E! News:

"Anybody who knows me would never misinterpret the message of the photo my wife took in Miami that seems to have caused unexpected rage by some people. I do not court controversy. But I realize that a photo that was meant to be complimentary and lighthearted has turned into a questionable issue.

"For the record, it hurts me deeply that anyone would think that I would disrespect women or be insulting to any human being. I was not brought up that way and it is not in my character.
"I regret that there are people out there who found the photo offensive. That was not and is not my intention. Women are to be celebrated, loved, respected, honored and revered. I've spent my life believing that and will continue to do so."

some apology. i guess it is US who should be apologizing to him. do you feel bad for hurting him, ontd?
Tags: music / musician, nobody
Subscribe