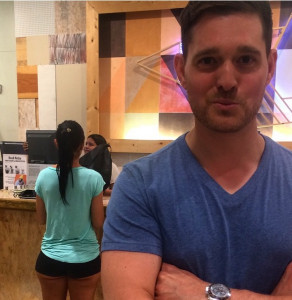 There was something about this photo lu took ,that seemed worthy of instagram.
#myhumps #babygotback… https://t.co/G1ih9JCUV7

Reformed cheater Michael Bublé posted a photo that his wife took of him in Miami a few days ago. In the shot, Buble stands in front of an unidentified woman wearing short-shorts.  He captioned the photo using hashtags like #myhumps, #babygotback, #hungryshorts and #beautifulbum.

What a cool, classy, clever guy, right!?  Many of his fans sure seem to think so, but some of Buble's fans are pissed, and a few have even reported the photo as "harassment" on Instagram.

@mrsharpphoto @laurendorphin @michaelbuble can't humiliate someone if you don't know what there face looks like.

@LadySnarksalot @michaelbuble I reported it for harassment in IG.

@laurendorphin plus, I bet you read those women's magazines full of photos taken me celebs where they are fat shamed. 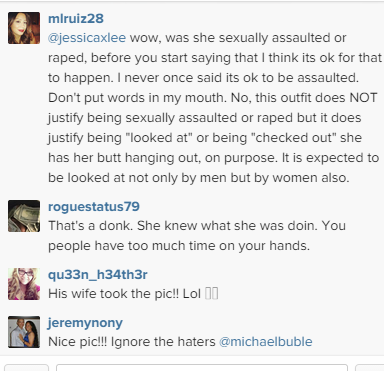 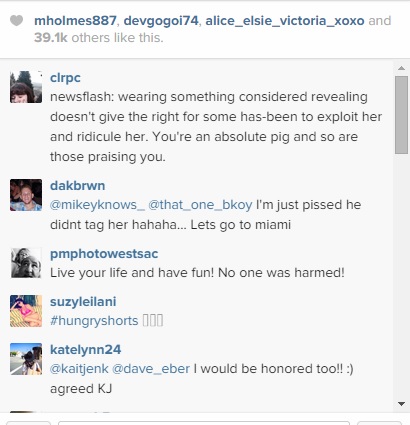 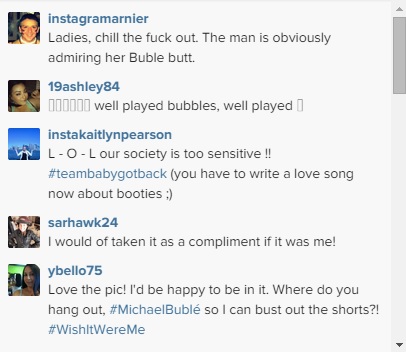 Buble hasn't responded to any of the criticism and the woman in the photo hasn't come forward. Do you think the photo was harmless or do you think Buble is a sexist pig who probably cheats on his wife even though she's "cool" enough to put up with dumb stuff like this?