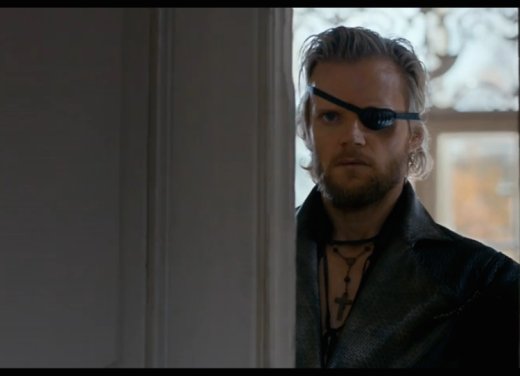 Well, for those who could watch it, last night's episode of The Musketeers seemed to deliver on just about every hanging plot thread. The sour note comes as a result of the fact that the show was bumped forward a week on its UK schedule because of the live charity event Red Nose Day, but BBC America just said "Fuck it," and went ahead and aired the penultimate episode anyway.

As a result, everything else is going to be under a spoiler cut because the majority of the show's audience will have to wait until Friday to figure out what we're all yelling about (sorry). 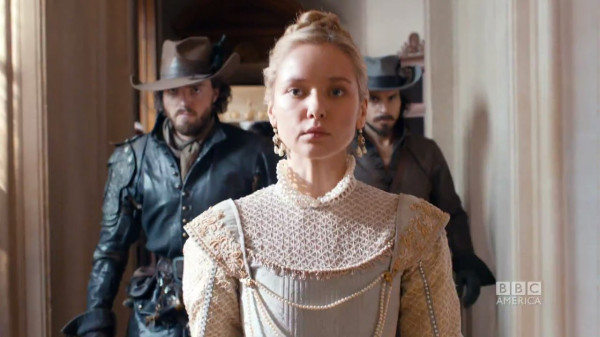 SpoilerTV's review dives right into whateverthefuck just happened with Catherine, Athos, and Milady. Given that the American feed tends to trim about 5 minutes from the episodes' final cut, I do wonder whether they removed a scene where Athos and Milady actually talk about the fact that Catherine is stalking her, or if we're just supposed to assume that after eye-rolling and snorting at her, Milady's husband takes her aside and goes, "Yeah, but we should really talk about how I fucked you over back at Pinon and now we need to concoct a dumb plan and then not actually do anything about Catherine."

I love you, Athos, but you did nearly let her hang just so you could eavesdrop on her near-death confession just to make extra-sure she was telling the truth. Was that the plan Milady agreed to? If not, what the hell did you actually plan, and how did none of it involve actually doing something with Catherine?

But Milady seems mostly cool with it for some reason, and all of these teary-eyed, breast-heaving truths lead to what was one of the longest make-out sessions I've ever seen that didn't end in boddice-ripping sex. Boo.

Meanwhile, the other Musketeers finally found out about the Dauphin and his less-than-royal Dad, primarily from Sassthos, in a scene that served up one of the first examples of classic Series 1 banter so far this year. In fact, a lot of this episode made me wonder what this series might've been like if they'd struck this tone from the start, but maybe that means that they'll go into Series 3 really knowing how to play things.

On a random note, it's kind of hard to deny that Porthos and Aramis's conversation after the reveal felt a little too much like a married couple trying to rebuild trust after infidelity, rather than two bros chatting. Maybe that's just me.

The trip back to the Convent was the only part of the episode that seemed a little flimsy, especially since they were there for about 3 seconds so Anne and Aramis could make tragic pretty eyes at each other and then for the Nunus ex Machina to reveal that she was a forger (and an eavesdropper?).

And Rochefort's going to die. Which I'm sad about -- Marc Warren has been a treasure. But it does have to happen.
Source.