In an attempt to prove what an amazing, super protective, super caring father he is, Stephen Amell posted that he had to leave a breakfast place at the sight of an "overly sexualized velociraptor" "emotional terrorist" young woman, just so his baby daughter who was eating pancakes happily and probably didn't even notice wouldn't look at her. 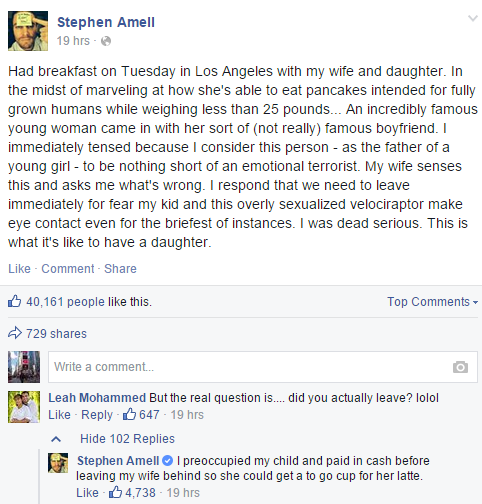 Some people are saying this could be read as this was more about the woman's boyfriend and not about the woman herself, but I think it's pretty obviously about her.