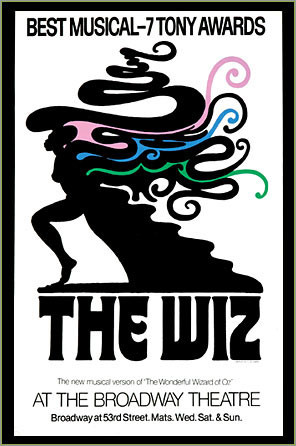 Bob Greenblatt, the head chief of NBC Entertainment, announced today that NBC has secured the licensing rights to put on a live production of "The Wiz" as part of their NBC Live! musical productions. In 2014, NBC announced that they had obtained the licensing rights for The Music Man and would be producing it in 2015. NBC still plans on putting on The Music Man, but according to Greenblatt, NBC is now deciding between the two shows for its 2015 special.

The announcement comes on the heels of somewhat disappointing ratings for Peter Pan Live, which had 9.13 million viewers, down about 50% compared to The Sound of Music Live's massive 18.6 million viewers--although Peter Pan Live's ratings were still the 2nd highest for a non-sporting program on NBC's Thursday night programs since the finale of ER.

The original Broadway production of The Wiz swept the Tony Awards in 1975--winning a total of 7 awards, including Best Musical, Best Original Score, Best Performance by a Featured Actress and Best Choreography. Despite the huge success of the Broadway incarnation, the later film adaptation starring Diana Ross was a critical and box office flop.

Which would you rather see this year? Dream casting?