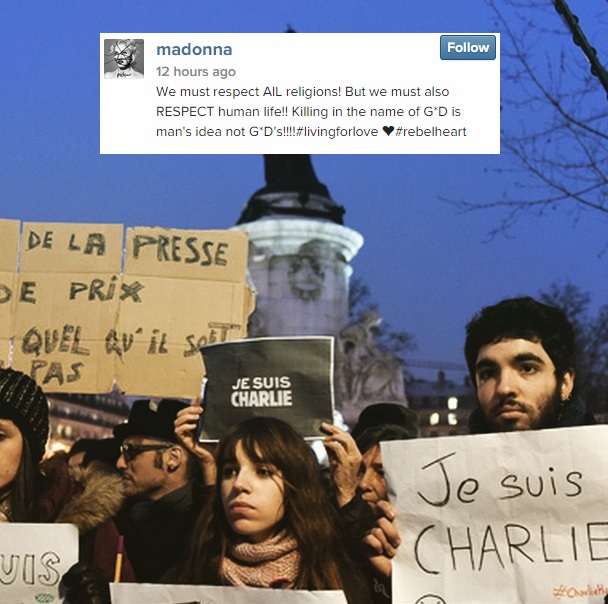 Pop  singer Madonna took to Instagram once again to promote her new album Rebel Heart, which she previously promoted by posting pictures of Nelson Mandela, Martin Luther King and Lady Diana edited so they resemble the cover art for the album.

This time, Madonna posted multiple pictures connected to the Paris terrorist attack and used the hashtag #rebelheart to describe the events, leaving fans and alike questioning her motives. She also used the hashtag #livingforlove, plugging her latest single amidst the tragedy.

"We must respect ALL religions!" she added. 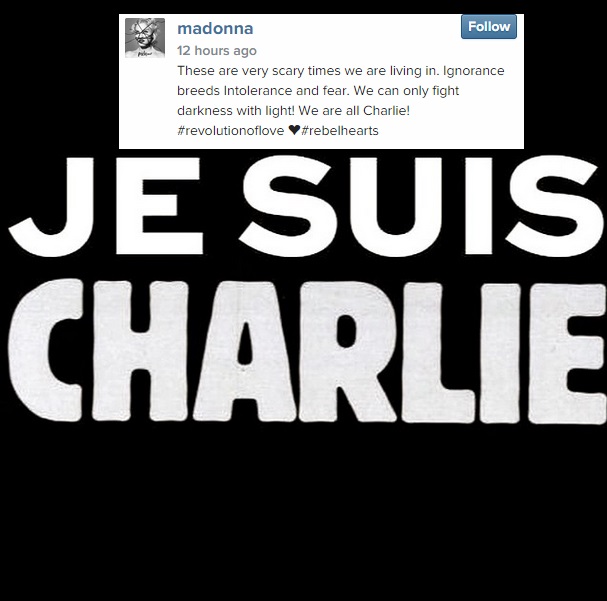 YES I have a diabolical plan to turn all stans into a nervous wreck like you!