ONTD Original: 5 Songs That Should've Been Released In 2014 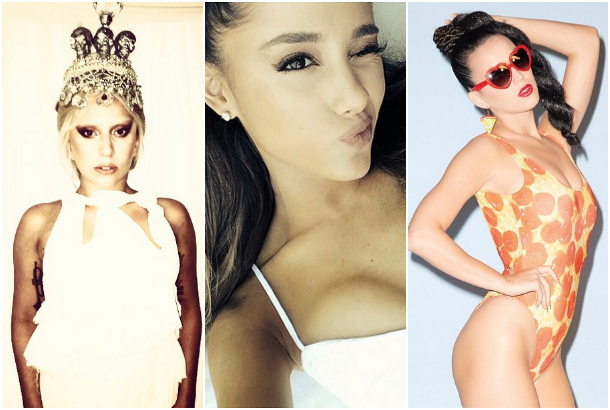 Lady Gaga - Sexxx Dreams
Queen of Pop Lady Gaga's platinum selling album ARTBOP slayed the critics, she had some misses on the album but Sexxx Dreams should've been released as a single. If she didn't get messy with Urine aficianado R.Kellymaybe the song would've came out. Mess Gaga, please get it together for the next era and none of that zoop bop bipppity bop doo wop shit either, some straight sex jams

Mariah Carey - Make It Look Good
Ugh, whatta mess. The airbrushing on this album was a skraight up mess the songs were okay, Mariah was trying on a different era and it was cute but she still wants to give us pig in a blanket realness with the dresses and shit. Mariah ditch the honey blonde hair, body-con dresses and give us a proper r&b adult contemporary album sis wtf? Anyway Make it Look Good shoulda been released. Maybe now that her and the guy from All That broke up we can get a break up album

Beyonce - Mine
International jewel thief Burglaronce released the wackest fucking singles from her album, self-titled Beyonce. Aside from Drunk in Love that is. Mine is one of the best mainstream hits Beyonce's done in awhile, I dont know wtf shes thinking honestly, #bringbackmatthew

Ariana Grande - Hands On Me
POC Princess, Black dick fan & Queen of R&B, Rhythmandbluesiana Grande slayeddddddddd this year I mean like I know the haters are in full effect cause shes pretty and shit but like she slayed, Break Free, Bang Bang with Third Reichi Minaj & Magica de Spell, Slay Me Harder like the list goes on and on tbh, she should've released slut-pop anthem Hands on Me tbh I mean atleast for the streets, but I digress she's doing something right because like .... yeaaasssssss Successiana Grande