Reggie Watts got a new gig 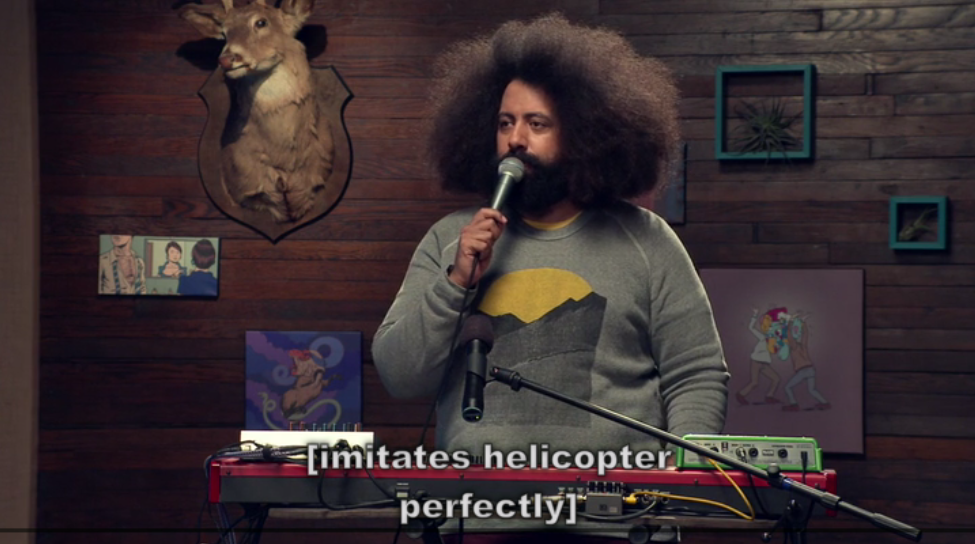 In a devastating move, musician-comedian Reggie Watts will be joining The Late Late Show with James Corden as its band leader.

Reggie will be moving from the superior comedy program Comedy Bang! Bang! in order to be the only bright spot in that guaranteed dark miasma of a program starting in March. James Corden is the official replacement for the blessed American citizen Craig Ferguson as he departs his beloved program early next year.

Reggie is sticking around thru the first half of 2015, during which he have planned a very fitting goodbye for him.

Who will be the new bandleader? I can't say yet but it's very exciting. Please listen for newsies shouting on street corners in early 2015.