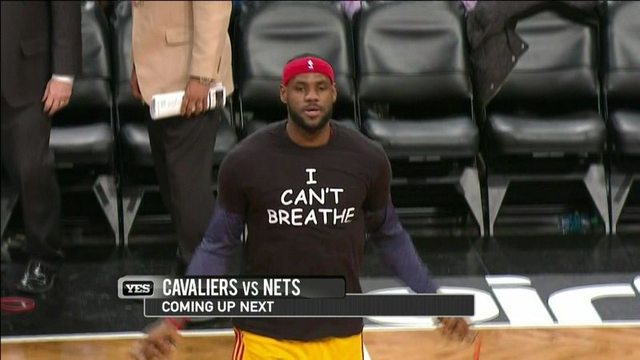 Lebron was hesitant on wearing the shirt, but decided at the last minute.

LeBron James said t-shirts are to acknowledge the family but added: "We have to be better for one another no matter what race you are."

Respect to Jay Z and the Brooklyn Nets for supporting the movement!! #ICantBreathe #EricGarner pic.twitter.com/ZIywk8TfDE

The Cavs wore these shirts in Brooklyn, close to wear Eric Garner's death happened, and Will and Kate were in attendance.