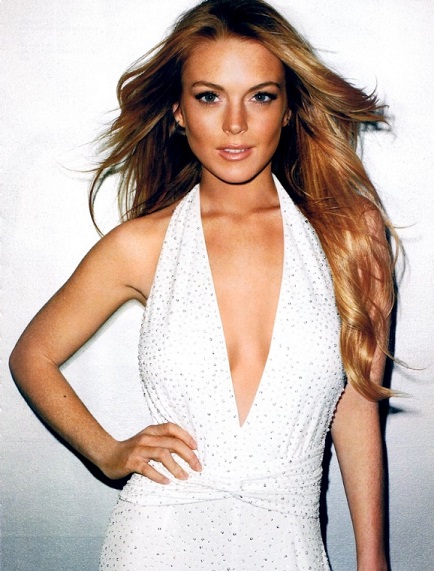 It's been 10 years to the day since Hollywood Icon and Fashion Darling and Our Generation's Elizabeth Taylor, Lindsay Lohan released her landmark R&B album "Speak". The album which included the hits "Rumours", "First" & "Over" soared to multi-platinum status, catupulted Lohan into mega-star territory and made her an R&B/Pop pioneer. So pull up your Xanga page, plug in your Sidekick 2 because in celebration for the 10th Anniversary we countdown 'Speak's' five best tracks.

Disconnected, one of Lilo's signature ballads, took 12 writers to get just right. It's assumed they knew the capacity at which this album would reach. This defenitely wasn't your typical Hilary Duff album. 'Disconnected' ponders the opposited Lindsay feels during everyday life and her earnest husky award winning chops never fail to bring a tear as she serves us realness with a shoulda-been-grammy-award-winning-vocal. Fun fact: Ever the pioneer, Lohan is the first Disney girl to curse on an album.<
/span>

In the way that 'Disconnected' was daring and risque for it's time, 'Very Last Moment in Time' wasn't. Lohan played it safe on one of the best ballads since 'Tell Him' by Celine Dion & Barbra Streisand. 'Very' tells the story of a girl yearning for a guy to love her like he has no care in the world. These are the songs that made Lindsay a music legend and songwriting genius, tapping into the real emotions of the pre-teen/teen girls/gays of the early 00's.

Nobody Til You
Modern electronic music was in it's infancy in 2004, aside from Lindsay Lohan's 'Nobody Til You'. The song features a buzzing electro-synth that rides along as Lindsay recalls a romance that makes her feel like the first time.

Speak
Before 'Speak Now' there was just 'Speak'. The showcases Lohans world reknowned 'take charge' attitude and puts it up on an R&B lite/pop beat reminiscent of early Madonna/Flock of Seagulls. When we talk about state-of-the-art instruments, music and lyrics, this is the type of song we're talking about. 'Speak' was supposed to be released as the albums 4th single but Lohan became a household name, mega movie star, award winner and honestly the rest is history!

To Know Your Name

'To Know You Name' is undoubtedly the best R&B song of the 00's -- chronicling Lindsay's, then, budding fame Lindsay wants to find solace from the paparrazi and fans just to have a minute to suck some cock. The sacrifices Lindsay made so we can have this album, '... A Little More Personal, Raw", her stellar continuous movie and TV track record and her fashion empire, is paramount.

Standout Lyric - "Can't the boys with the zoom girl a girl just a second / See the man that I love needs a little sweet attention / I don't wanna seem harsh but this girl's under pressure / I can't go through losing love, I can't"