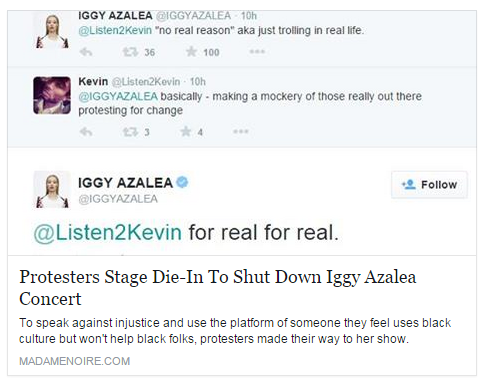 “Are you frustrated with the biased and inaccurate portrayal of people of color in the media? Are you tired of feeling like the plight of our people is not taken seriously? Are you angry that police are constantly getting away with murder and profiting off the loss of black lives?

There may be cameras on them but that has not stopped them from innocently walking away from their crimes. The cameras should be on US so WE can have our voices heard. Iggy Azalea will performing in Bovard at 8pm. Like her or not, she has garnered attention and fame for appropriating Black culture. This is our opportunity to take her platform and help bring attention to much more important issues.”

For some reason one of the protesters said they had no idea who Igloo was, they just wanted to shut everything down, when one of Igloo's stans called them out she jumped in as well 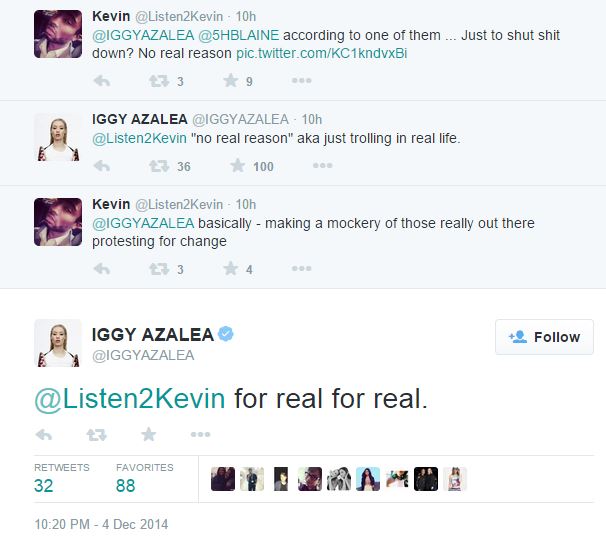