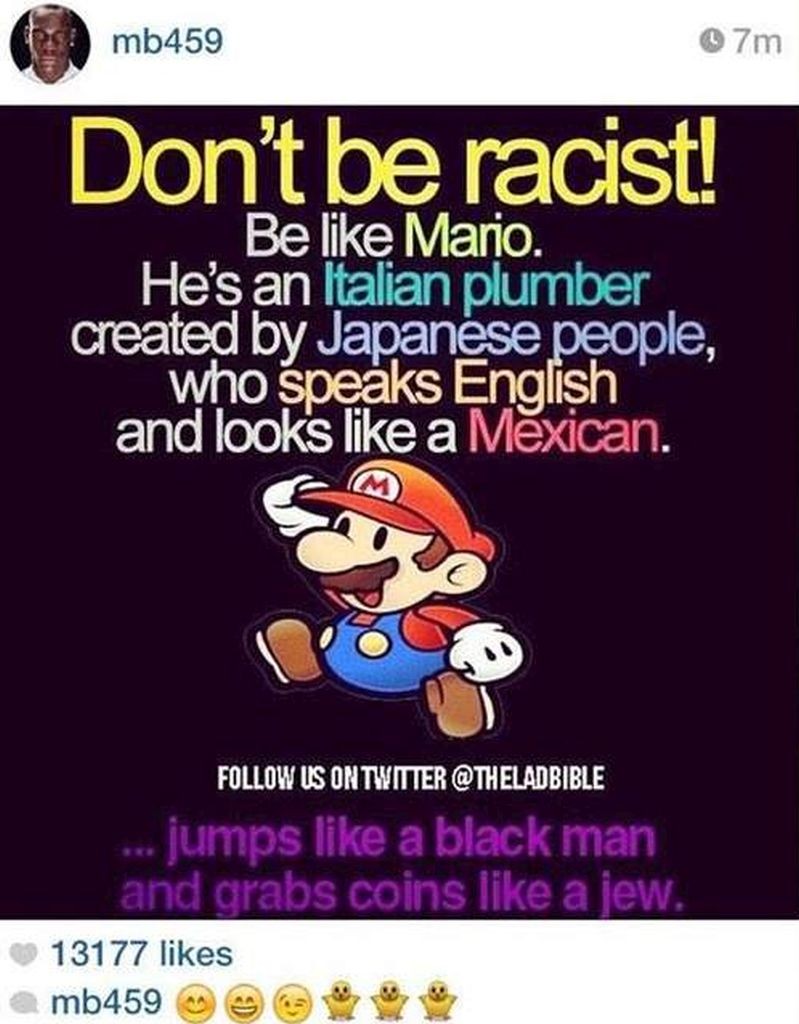 Today, the FA charged him for breaching rule E3 in that his posting was abusive and/or insulting and/or improper. It could be an "aggravated breach" because the image included a reference to ethnic origin and/or colour and/or race and/or nationality and/or religion or belief. He could be suspended for at least five matches if the commission condemns him.

Mario quickly deleted the image, called the whole situation "my unlucky moment" and defended himself saying that his foster mother is Jewish.

( my Mom is jewish so all of u shut up please)

I apologize if I’ve offended anyone. The post was meant to be anti-racist with humour. I now understand that (...) pic.twitter.com/UlNeNlEz9M