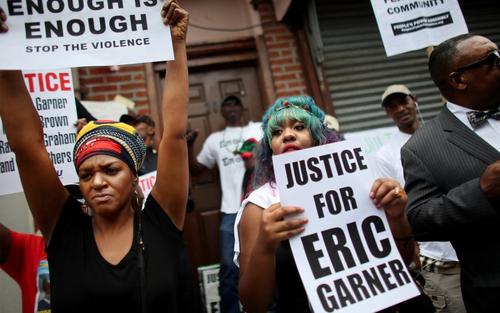 I am stunned by the failure to indict Eric Garner's killer.

Thoughts are with Eric Garner's family and loved ones. This makes me physically ill. #EricGarner

Ok so we know the man who filmed #EricGarner is being punished & the man who KILLED HIM is not. New York better get ready to fucking quake.