NBC has released a new extended clip of Christopher Walken and the pirate ensemble to promote their upcoming production of Peter Pan Live! which airs tomorrow, December 4th, at 8 pm EST.

NBC has also released more promotional material, including new photos from the cast's latest dress rehearsals, the entireity of the 'Making Peter Pan Live' special and more! New interviews about the show are also making their rounds, including a new interview with Jerod Impichchaachaha' Tate about the music changes in the show and a brief interview with the pressed Sondra Lee (the original Tiger Lily) who has said she won't be watching the production.
First up are some photos from the latest dress rehearsals for the show. All photos are by Virginia Sherwood/NBC. (Source: BroadwayWorld) 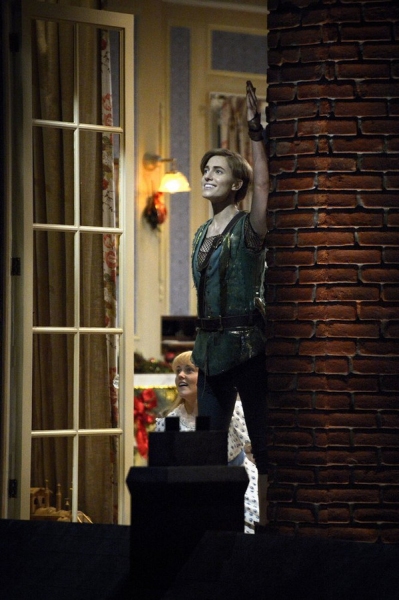 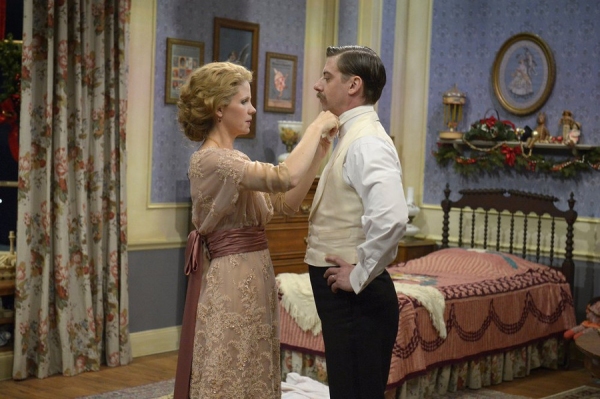 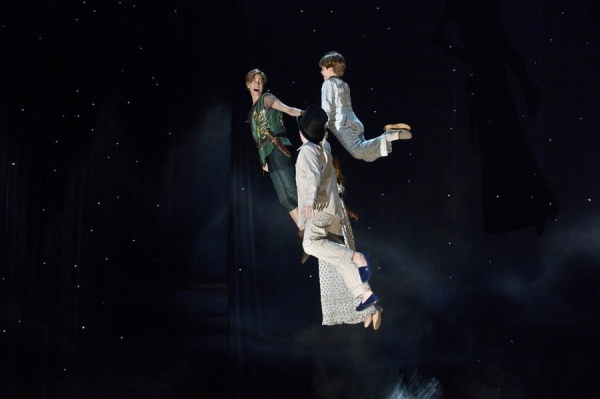 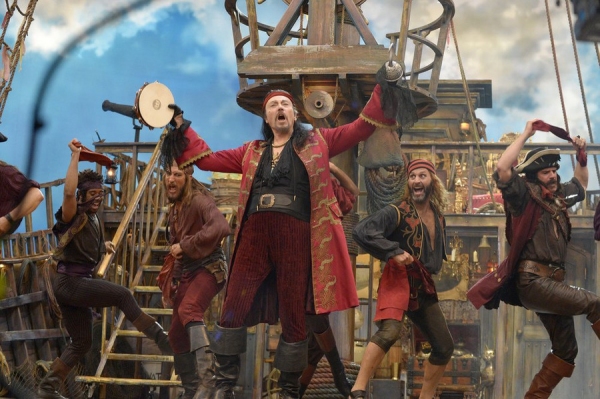 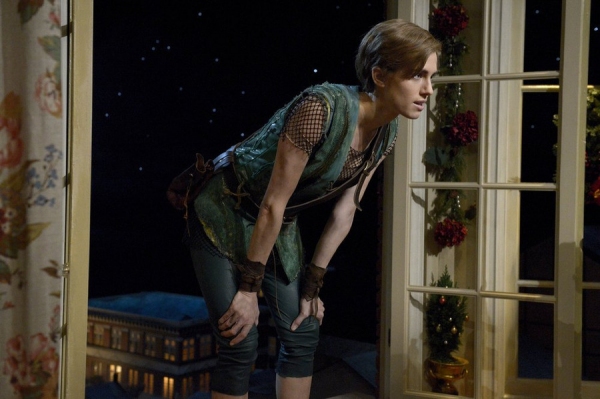 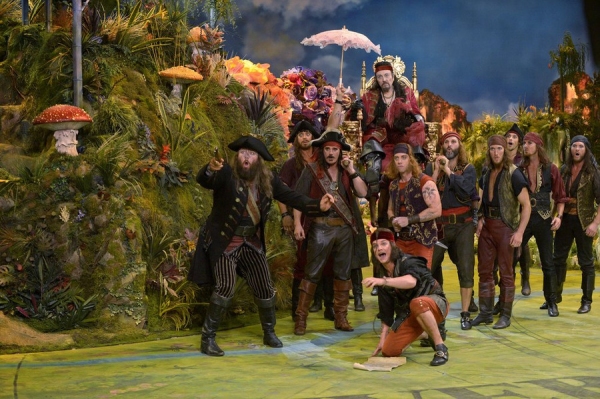 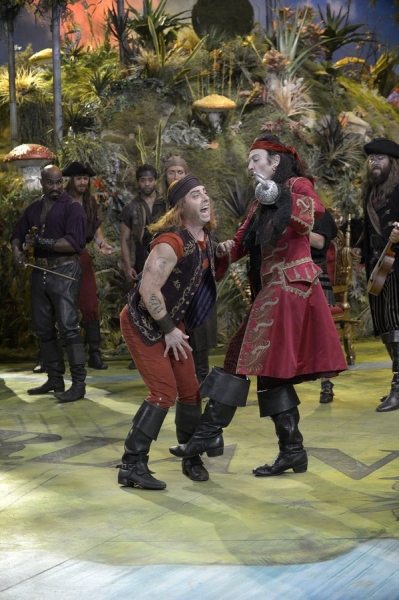 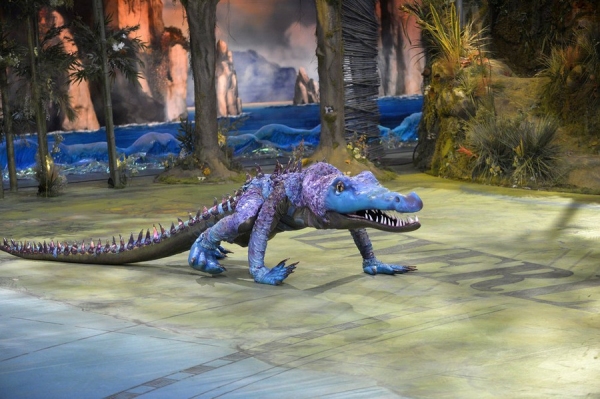 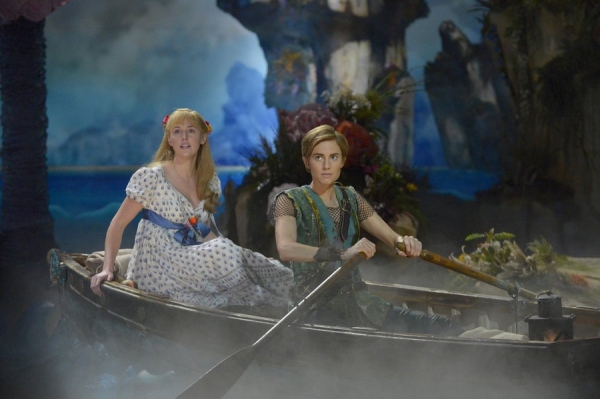 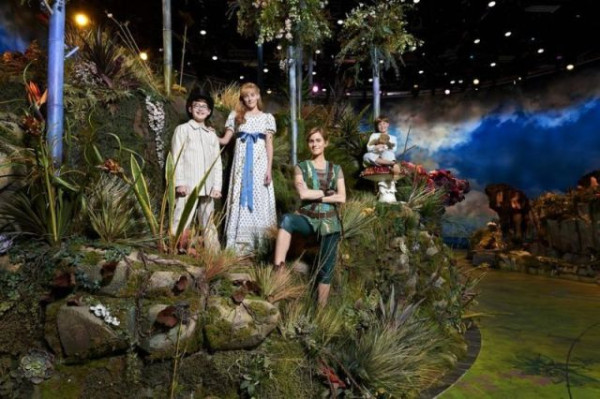 The Making of Peter Pan Live! aired last Wednesday. If you didn't catch it then, the full program is available to watch online here. If you're not up for watching the full special, here are some highlights:

Tinkerbell is traditionally portrayed by a point of light, usually a high powered flash light aimed at the stage. In NBC's production, however, Tinkerbell will be portrayed through a computer generated puppet. This animation will not be visible to the actors, but they have been trained to know what her "flight path" will be. The 'new' Tinkerbell will be controlled live via a computer programmer who can access all her different animations, change her color or size, and even react live to what's on stage like a human actor.

Nana, the dog-nurse of the Darling children, has been traditionally played by a person in a dog costume. The showrunners behind Peter Pan Live (who were apparently not worried enough about mishaps on stage!) have decided to use a real dog to portray Nana for the first known time in the show's history. The dog, named Bowdie, has been provided from William Berloni Theatrical Animals, the same company who has provided dog actors for shows such as Annie, Legally Blonde, Wizard of Oz and even the upcoming film adaptation of Annie.

While the original cast list for the show listed some of the male ensemble as mermen, this idea appears to have been shelved--in the Making of Peter Pan Live, several mermaids (but no mermen!) were shown in the lagoon where Peter and Wendy row into. The special described them as, like many mermaids, "beautiful and dangerous."

"It's completely tearjerking for me," says Kelli O'Hara, who plays Mrs. Darling in the show, in the Making of Peter Pan Live. The new song, Only Pretend, was written as a way for the show to explore Wendy's emotions towards Peter and her conflicted feelings about growing up. 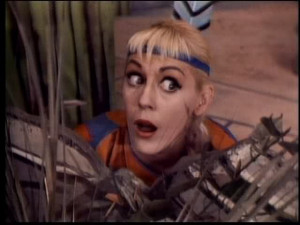 Sondra Lee, the actress who played the original Tiger Lily in the Broadway and 1955 telecast version of the show, went on record in an interview with the NY Post about her decision not to watch the show. "I just can't bear it," she said. "I wish them well, but I have such wonderful memories of ours, of Jerry Robbins, his dances, his mind, of Mary and the adorable Cyril."

Sondra Lee also revealed that she wasn't happy about the changes made to "Ugg-a-Wugg," which has been revamped with the help of composer Jerod Impichchaachaha' Tate. "There was no such thing as political correctness when we did the show. The song is about word games, and kids play word games all the time ... People come up to me all the time and say, 'ugg-a-wugg!' They love it. If you have a classic, don't mess with it. If it ain't broke, don't fix it!"

A new interview between Indian Country Today Media Network and Jerod Impichchaachaha' Tate revealed a bit more about the revamped music in the show, including the new Wyandotte word chosen to replace the nonsensical "Ugg-a-Wugg."

Tate revealed that it was NBC who reached out to the CEO of American Indians in Film and Television, Sonny Skyhawk, and it was through Skyhawk's recommendation that NBC contacted Tate about becoming a consultant for the show. Tate, who contacted members of the Wyandotte Nation in Oklahoma in search for a word or phrase that would work with the music, eventually decided on using "owa he," which is a Wyandotte word meaning "come here."