NASA is sending humans to Mars

NASA has announced that a test launch of their Orion space capsule will take place on Thursday, in the first step of a mission that will take people to Mars by mid-2030. 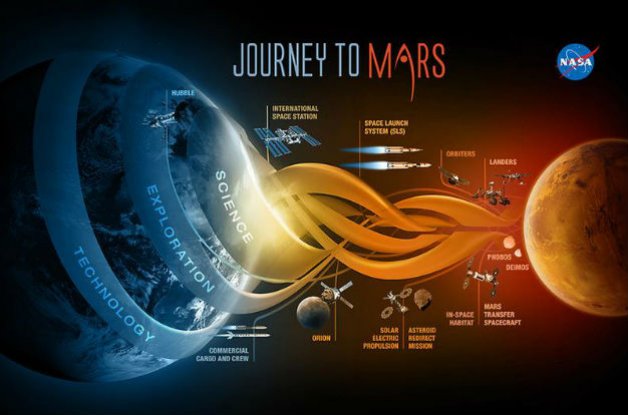 In a live webcast, NASA has announced that it’s on its way to taking humans further than they’ve ever been before, with the planned December 4 test flight of their Orion space capsule - the spacecraft that they say will soon take humans to the Red Planet.


-Orion will orbit the Earth twice for the first time on a 4.5-hour unmanned mission
-The capsule will be flying at about 5,800 kilometres above the Earth
-If all goes well, the four-person capsule will be set to carry a crew to an asteroid and then to Mars
-NASA predicts they’ll land on the Red Planet by mid-2030.

You can watch the live webcast of the Orion test launch tomorrow at NASA's TV site.