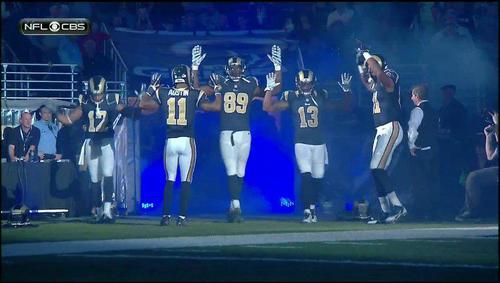 St. Louis County Police chief, Jon Belmar, claims the Rams apologized for their players actions that minimized the outstanding work of the officers. The Rams COO, Kevin Demoff, said they did no such thing.

JUST IN: Rams release statement regarding the "hands up, don't shoot" gesture that 5 players made yesterday. pic.twitter.com/JK28GnVW97

"At no time in any of the conversations did I apologize for the actions of our players." -- Kevin Demoff to me just a moment ago.

Demoff said he expressed remorse about how the actions of the players were construed but did not apologize for the actions themselves.

Rams COO Kevin Demoff: "We do believe it's possible to support our players' 1st Amendment rights and law enforcement as well." 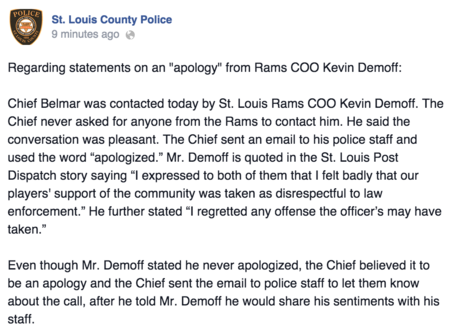 Apology: "expression of regret for not being able to do something" @kdemoff: "I regretted any offense their officers may have taken."