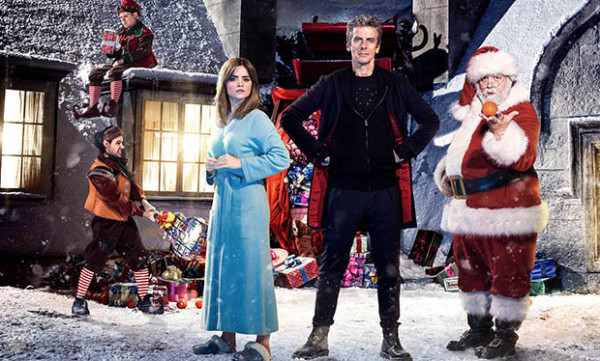 Don't get too excited by that title, ONTD. It doesn't mean that Steven Moffat is signing off as show runner, or that he's finally realized that his Christmas specials are so bad he might as well retire them once and for all. Instead, most intrepid bloggers assume this is Clara Oswald's final curtain call as the Doctor's "bossy, tight-skirted" companion. What a legacy.

While the irl Disney Princess refuses to state whether or not she's definitely leaving the show, she has promised fans a "big surprise." Given that this is Moffat, I assume "big surprise" means that she's pregnant with Danny's boring, personality-free baby and Clara can finally settle down and stop having fun like all good Moffat women should.

But what unfair fate awaits Clara exactly? Will Moffat displace her in time, just for fun? Or blow a leaf in some dude's face who will agree to be her hen-pecked second-string babydaddy? Will there be a plot involving her desperately trying to keep her robe on because she's not wearing much underneath? Will we see her family again? Maybe, probably, definitely, definitely not.

Adding this Q&A video from yesterday:

The lack of cheering for Moffat at 0:18 is everything.

Diagnose my daddy issues, ONTD, and tell BBC's photoshop guy how you feel about this year's masterpiece.