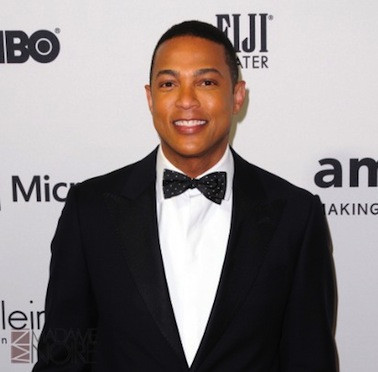 You might remember last week when Don Lemon got into some hot water when he asked a Bill Cosby accuser some rather odd questions. Well, this time, he's covering the grand jury decision for Darren Wilson. Lets put it this way, he's not making things any better with his coverage of the situation.

Right after the indictment decision, people in Ferguson showed their frustrations throughout the streets. Lemon, covering the decision along with CNN cameramen on the scene, filled viewers in on what they were seeing and apparently smelling. For some odd reason, Lemon decided to share this to the world.

“We’re watching people. They’re on top of the roofs of cars, and um, there’s obviously the smell of marijuana in the air as well.”

Soon after, ‘Don Lemon’ was trending on Twitter and people were mad.  Some tweets below:
“At what instance is the stench of marijuana being in the air pertinent information don lemon sheesh smh”

“CNN’d Don Lemon said “obviously the smell of marijuana in the crowd”. This from the guy who blamed Cosby rape victim for her assault. #idiot”

“Don Lemon: “Obviously there’s the smell of marijuana in the air…” Cant, for the life of me, understand what makes this ‘obvious’ tho. Smh.”

“Don Lemon is a disgrace.”

“Yes because people are obviously mad because they are on drugs as opposed to the fact a cop who shot an unarmed teenager six times got away with it?”

“Boy, of all the things to describe at the scene, Don picked that to describe. What a dumba**.”

Lemon was also blasted online for taking the time out to imitate the accent of people in St. Louis and for being in a gas mask at one point (he did come in contact with tear gas though).