In post made a few months ago, the new MTV series won’t use FunWorld RJ Torbert’s Ghostface design that was utilized in the four Scream movies, something new and fresh has been created for the television series.

The new mask will be inspired by the Edvard Munch painting, the show’s mask will have a more “organic feel.” What they mean by this is that it’ll be made of flesh. 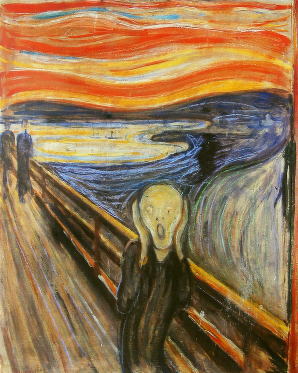 “It’s a darker, almost more grounded, evolved version of the mask,” says Mina Lefevre, MTV’s senior vice president and head of scripted development. “It’s something we’re constantly talking about. How did that mask become that mask? What’s its purpose? How did it evolve? If the Scream movie mask was the more plastic version, for a lack of a better description, this one is a more organic looking and frankly darker version.”

So maybe the mask will look something like this? lol idk... I found it here 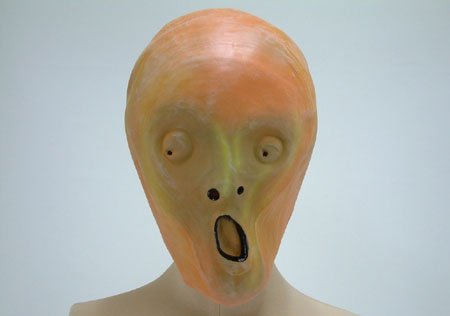 Lefevre—who insists not using Ghostface had nothing to do with rights issues— promises that the spirit of Kevin Williamson and Wes Craven’s films are intact. “Scream was incredibly iconic, but we wanted to reinvent that for TV while of course keeping all the main elements that made it so iconic, including a mask, but also the soapy teen stories, pop culture humor, the scares and the killer,” she says. “We’re tonally walking that line, yet delivering the scares in a significant way. The mask was a big discussion creatively. We wanted to get a nod and a wink to what the original was, but we definitely wanted to make it more on par with what horror is now, which is darker.”

It’s said to center on a YouTube viral video gone wrong, which leads to adverse repercussions for teenager Audrey Jesen and will also serve as the “catalyst for a murder and opens up a window to the town’s troubled past.”