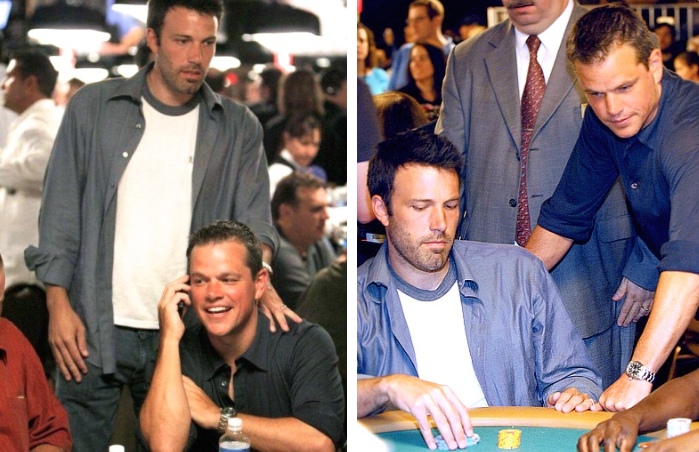 Aaron Sorkin says he will adapt the memoirs of "poker madam" Molly Bloom for the big screen.

For years, Bloom organised high stakes poker games for Hollywood's elite at which hundreds of millions of dollars would change hands. However, Bloom's career as a poker hostess fell apart when she moved from Los Angeles to Manhattan and started working for gangsters and taking a cut of the pot, known as a rake. While playing poker is legal in New York, organising games for profit is against state law, and Bloom was arrested. She faced up to five years in prison, but after entering a plea deal was sentenced to probation and fined $1,000 (£631).

Sorkin told BBC Radio 4's Front Row he was fascinated by the 36-year-old's story. "It's about an extraordinary woman who was headed to law school. She decided to take a year off, spend it in Los Angeles just being young and ended up running the most exclusive high-stakes poker game in the world."

Celebrities as described in Bloom's memoirs:

Tobey Maguire was "the worst tipper, the best player and the absolute worst loser." He once demanded Bloom "bark like a seal who wants a fish" for a $1,000 chip. "'I'm not kidding. What's wrong? You're too rich now? You won't bark for a thousand dollars? Wow, you must be really rich. C'mon, BARK.'" When Bloom refused, "he gave me an icy look, dropped the chip on the table, and tried to laugh it off, but he was visibly angry."

Ben Affleck: "He was tall and handsome with a relaxed charisma that not all icons have in person. He didn't stay all night like a lot of the guys. He always had a specific time when he would stand up at the table. He would leave at a reasonable hour. He never lost a great deal. He usually won ... Whereas some guys want the tallest piles they can manage, the better to bully the table and scare people, Ben's [modest] buy-in choice told me he was a smart player who liked to limited his downside, especially at a table with a bunch of guys he wasn't used to playing with.

Matt Damon: "He was one of the nicest, most humble, down-to-earth guys I have ever met. He was just genuine. There were no airs about him."

Leonardo DiCaprio: "He had a strage style at the table; it was almost as if he wasn't trying to win or lose. He folded most hands and listened to music on giant headphones."