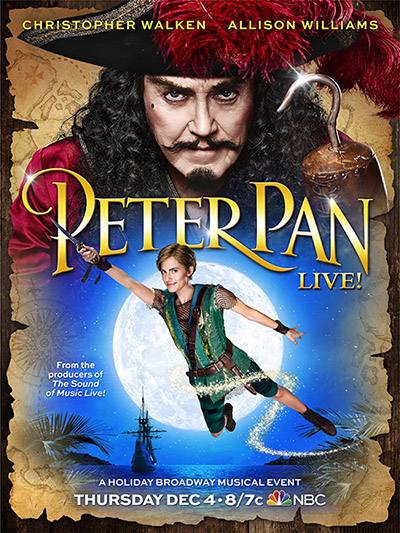 The song list for NBC's Peter Pan Live! has been revealed via an online classroom guide for the show. The show is listed as being "ten acts," which are likely divided by commercial breaks. The song list differs from the song list for the current licensed version of the show. There are several new songs listed: Not On your Nellie, Let's Have An Adventure, A Dueling Duet, When I Went Home, Gotta Fight, and a few additional reprises; there are a few omissions, including the "Indian Dance." The song "Ugh-a-Wug" also appears to have been retitled "Blood Brothers." These omissions may be to reflect the fact that the show's cast list describes Tiger Lily and company as Neverland's "islanders" rather than a Native American tribe.
Song List:
Act 1
Tender Shepherd
I Gotta Crow!
Neverland

Act 6
Let's Have An Adventure
A Dueling Duet

Act 10
Tender Shepherd (reprise)
I Won't Grow Up (reprise)
Neverland (reprise)
[source: song list, other text is my own]

Are you ready for a tarantella, ONTD?