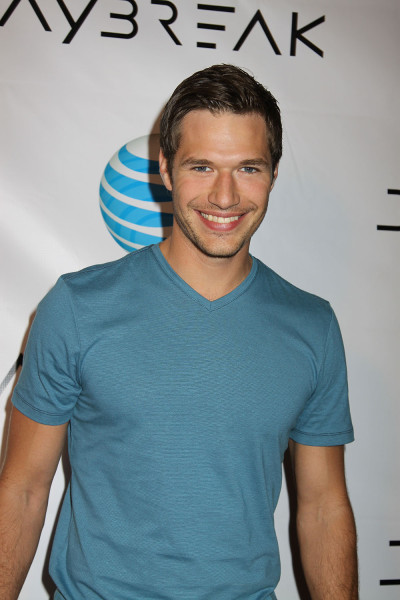 Michael Adam Hamilton appeared on last week's episode of ''How To Get Away With Murder'' in which he played a young gay lawyer named Julian who hooks up with the show's resident cockslut Connor Walsh (Jack Falahee) in a courthouse bathroom stall.

It turns out the two had hooked up before after meeting on Humpr but Julian did not remember the details about their sexual encounter right away.

'I give him flack for that but it turns out we're both a little bit whorey,' Hamilton tells Gay Star News. 'Later we try and recreate the situation to try and remember. He wants to remind me because he's so offended.'

Hamilton says of sharing scenes with Falahee: 'My favorite thing about working with him in this role is I have no idea if he's gay or straight in real life and I don't care. He did a great job - it was two actors doing a story and both committing to it. If you commit to it and not take yourself too seriously, we are doing the most simple thing in the world - it's fun.'

Hamilton is straight in real life and is married with three children - but has played several gay characters, including the lead in the film ''The 10 Year Plan'' earlier this year.

Jack Falahee who plays gay lawyer Connor Walsh on the show said in an interview last week that all of the steamy sex scenes involving Connor have been 'plot driven.'
Source
Tags: actor / actress, how to get away with murder (abc), lgbtq / rights, television - abc
Subscribe
Previous
← Ctrl ← Alt
Next
Ctrl → Alt →
Previous
← Ctrl ← Alt
Next
Ctrl → Alt →