Qatar's sports minister: "We're no vampires. We might not ban gays or alcohol at WC 2022" 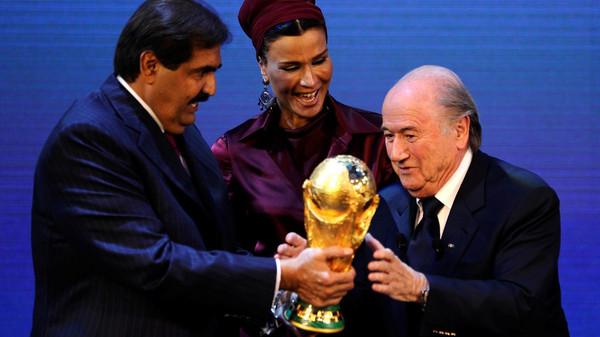 Qatar's sports minister says the 2022 World Cup will set a benchmark of excellence that will be "almost impossible to beat" and promised in an exclusive interview with The Associated Press that the Gulf nation will implement labor reforms in the next few months.
Salah bin Ghanem bin Nasser al-Ali also insisted that Qatar wouldn't jeopardize its hosting of the World Cup and ambitions of being at the front and center of sports by funding terrorism.
He was vague on whether alcohol will be sold inside World Cup stadiums and how gay fans will be welcomed at the 2022 tournament.

Praying circle for another host. Who tought thi$ wa$ a good id€a?