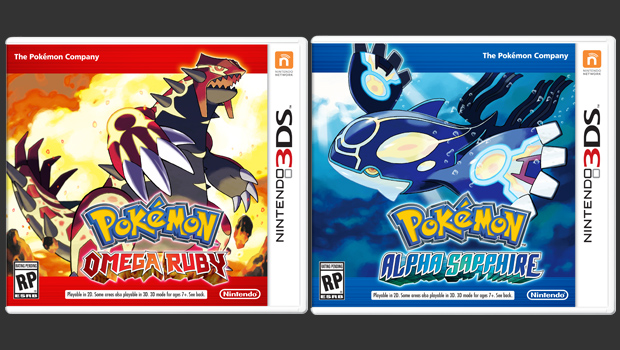 Pokemon Omega Ruby and Pokemon Alpha Sapphire will be released for the 3DS and 2DS in exactly 2 weeks (or 3 weeks if you're in Europe. Womp womp). However, fans can relive the Hoenn region early in the special demo version that's now available! A unique code is needed to download the demo and the codes have been distributed weeks ago through Nintendo newsletters, Pokemon Company newsletters, Nintendo and Pokemon live events or with the purchase of select Nintendo titles via the Nintendo eShop.

If you're one of the unlucky few who is still without a code, you can get one for ABSOLUTELY FREE by visiting the good sis YTV website: http://www.ytv.com/blog/get-a-special-demo-version-code-today

Code is apparently only compatible with North American systems. 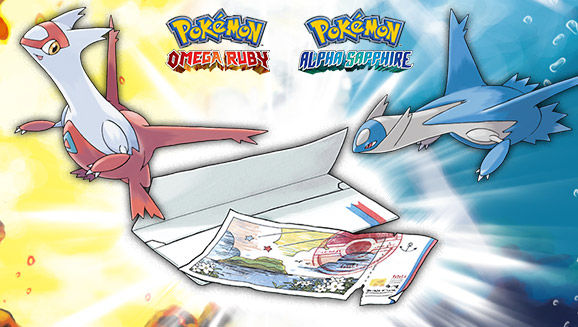 Secondly, the Pokemon Company has released details of the Eon Ticket event. This event will allow players to download one of the Eon Pokemon (Latios/Latias) that is unobtainable in their game.

If you want an Eon Ticket—the item in Pokémon Omega Ruby and Pokémon Alpha Sapphire that will allow you to catch Latias and Latios, respectively—be sure to turn on your Nintendo 3DS family system’s StreetPass function. That’s because the only way you can get the Eon Ticket right now is if it’s passed to you by someone who already has it! Once you have the Eon Ticket, you can revisit Southern Island in your game, where you can then catch the Legendary Pokémon that you would not otherwise have a chance to catch!

Some lucky Trainers will be the original Eon Ticket holders, who will kick off sharing the Eon Ticket with others in their area. In the United States, Play! Pokémon League Leaders will be given codes to distribute to participants at nearly a thousand Pokémon League locations.

So keep your StreetPass on and hang out with other Pokémon Trainers to get your own Eon Ticket! We recommend that you spend time at Pokémon events such as tournaments to improve your chances of getting it. Good luck!

Learn more about Latias, Latios, and the Eon Ticket at the Pokémon Omega Ruby and Pokémon Alpha Sapphire official site.