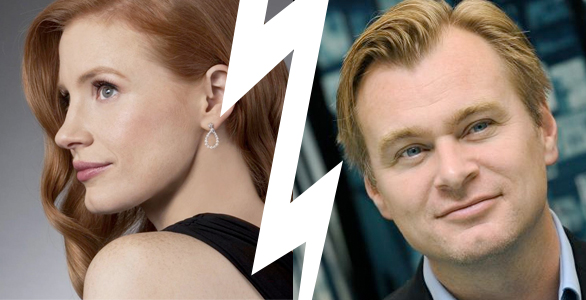 Been hearing about all sorts of unusual contract demands from Christopher Nolan for months. Here's one: http://t.co/cGbQdhmhXu

• Jessica's Interstellar contract prevents her from promoting any other film from "early October through early December"
• A24 (who is distributing A Most Violent Year) assumed she'd still be able to attend dinners/screenings/etc. to rub elbows for Oscar noms
• Nolan is not having it and is not giving into pleas for a waiver for even "semiprivate encounters"