ONTD Exclusive: Ronan Farrow's T-Shirt Is a Twitter Trend Because Thirsty White Women Are the Worst 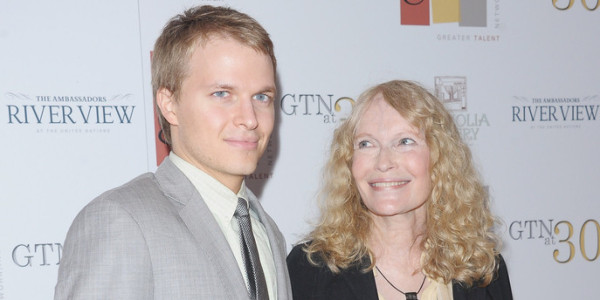 Satchel Sinatra went on NBC this evening to cover the historic election results which saw a massive defeat of the Democratic party. But you know what's really important? The Monet-faced host in a white t-shirt.

Seeing @RonanFarrow in his v-neck white T-shirt is the highlight of this election night. #election2014 pic.twitter.com/JNnHdta4ub

Soak it up, ladies and gays of ONTD, because Twitter is GOING WILD for this child genius and Dollar Store Skarsgaard wearing what can be described as literally the most basic item of clothing since the burlap tunic.

God bless @RonanFarrow for letting us all cry into his white T-shirt and not questioning our motives.

I just turned on MSNBC and I don't see @RonanFarrow in a white tshirt. Why you hate me, MSNBC?

Well. At least we'll always have @RonanFarrow in that white v-neck. #NeverForget

Apparently the story of election night 2014 is @RonanFarrow's White T, I mean it is a nice V-Neck! #Midterms2014

Apparently the story of election night 2014 is @RonanFarrow's White T, I mean it is a nice V-Neck! #Midterms2014

Raise your hand if you want to be @RonanFarrow's white t-shirt. ✋

If it wasn't for @RonanFarrow and his #whitetshirt I'd be asleep in fetal position already. #election2014 @msnbc

.@RonanFarrow's white t-shirt is the real star of this election night.