ONTD Original: Marvel superheroines who deserve their own movies 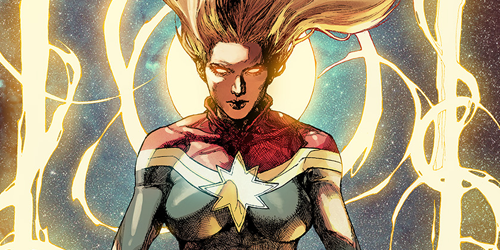 In light of the recent announcement of Marvel's "Captain Marvel" coming to the big screen in 2018, there's been a lot of discussion of the women in Marvel and who else deserves to have their own series. The problem is that a lot of Marvel's most well-known women are not actually owned by Marvel but by Fox or Sony. So of the characters Marvel has access to, who should they use? Of course there's the obvious choices like Black Widow or Mockingbird or Sif, all of whom have already been introduced in the MCU. However, there are quite a few women who haven't appeared yet who would be great additions to the rooster. Because if we have to have Ant-Man and a bunch of other men added nonstop, we can have more than three women in major roles. 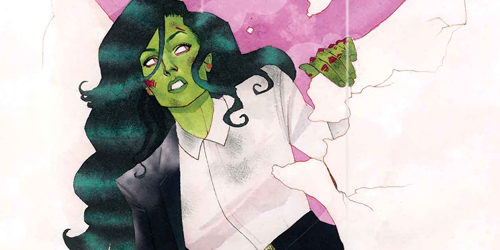 Jennifer Walters aka SHE-HULK
Jennifer Walters is the cousin of Bruce Banner who inherits his Hulkness after he gives her a blood transfusion to save her life when she's shot by a local crime boss. Unlike Bruce, Jennifer retains her intelligence when she's Hulked out. Jennifer is a lawyer and known to help her fellow superheroes out when they'r in a bind with the law. She'd probably be the easiest character to bring in since she has a family connection to an existing character in the MCU.
Casting suggestion: Tatiana Maslany 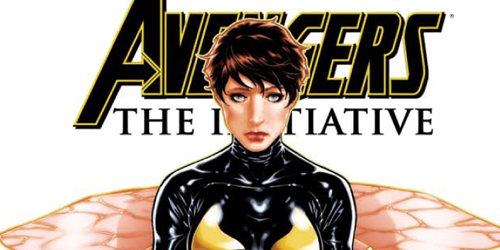 Janet Van Dyne aka THE WASP
The size-changing insect theme superhero we deserved but not the one we got. Janet Van Dyne is a founding member of the Avengers and eventual wife of Hank Pym but apparently didn't rate enough to even appear in the Ant-Man movie and was fridged before it even began. The only way for Marvel to make up for this is to give her her own solo film where Hank Pym isn't even around.
Casting suggestion: Melissa Fumero 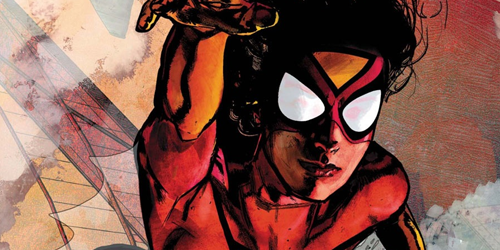 Jessica Drew aka SPIDER-WOMAN
An Avenger and BFF to Carol Danvers, Jessica suffered uranium poisoning and was injected with a spider serum which gave her powers long before Peter Parker was bitten. So despite her name, her connection to the Spider-verse isn't that major. Which leads to the question as to whether Marvel or Sony has the rights to her, a question that no one seems to know the answer to at the moment. We can only hope it's Marvel.
Casting suggestion: Marisa Ramierz 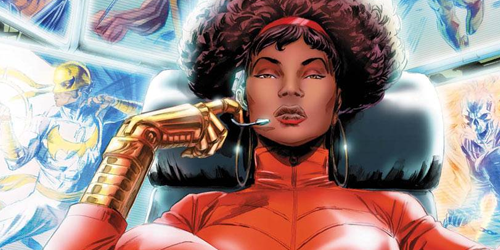 Misty Knight
A former cop who lost her arm in a bombing and now has a bionic arm and decides to become a superhero and kick evil ass, typically with all-female teams of superheroes? Sounds amazing, where do I buy my ticket?
Casting suggestion: Shanola Hampton 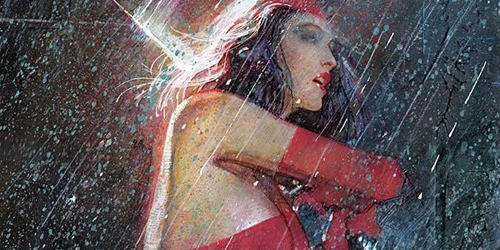 Elektra
Elektra is a lethal assassin best known for her involvement with Daredevil. Formerly a villain, she's now more of an anti-hero. She's a major character in her own right, separate from Daredevil, and is one of Marvel's most recognizable female characters.
Casting suggestion: Katrina Law

HONORABLE MENTIONS:
Kamala Khan: An amazing character who I definitely want to see in the MCU, but she doesn't even have ten issues out featuring her yet. I'm hoping we'll see her in the Captain Marvel movies and then further down the line she can have her own movie when there's more material to draw from for her.
Kate Bishop and America Chavez: Way more likely to see them in a Young Avengers movie, but I'd be down for a really gay team-up movie with just the two of them...
Tamara Devoux: The current Captain Universe, no one seems to know she exists...
Echo: Presumably she's going to turn up in Daredevil.
Monica Rambeau: A former Captain Marvel. Hopefully she'll at least turn up in Carol's movie.
Storm/Emma Frost/Jean Grey/Etc: They're owned by Fox but I know someone is going to comment about them anyway, so here you go.