that's not my name ( 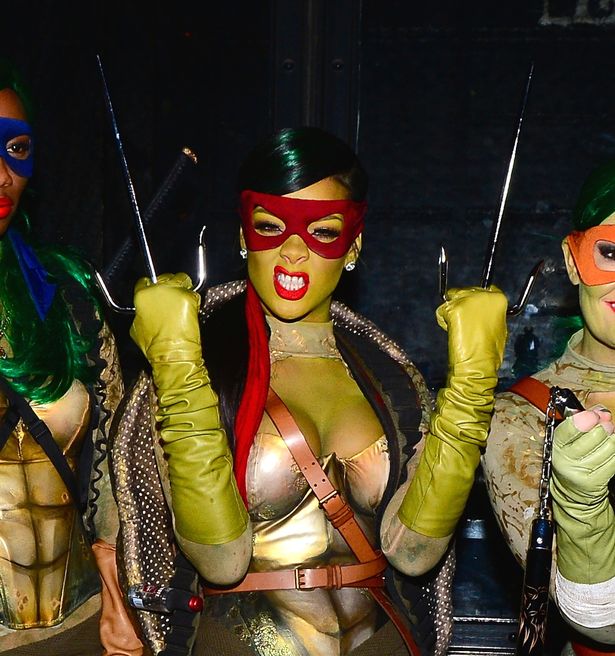 The Bajan-born pop beauty looked fierce as she donned the full Teenage Mutant Ninja Turtle get-up, complete with green face paint, as she headed out in New York City on Friday.

Dressed as Raphael, the singer was rocking a red mask, which she wore with green gloves, leggings, green gloves, and gladiator sandals - she even had the character's twin sai weapon.

Rih was joined by a group of pals, including BFF Melissa Forde, who were looking equally eye-catching in their outfits. 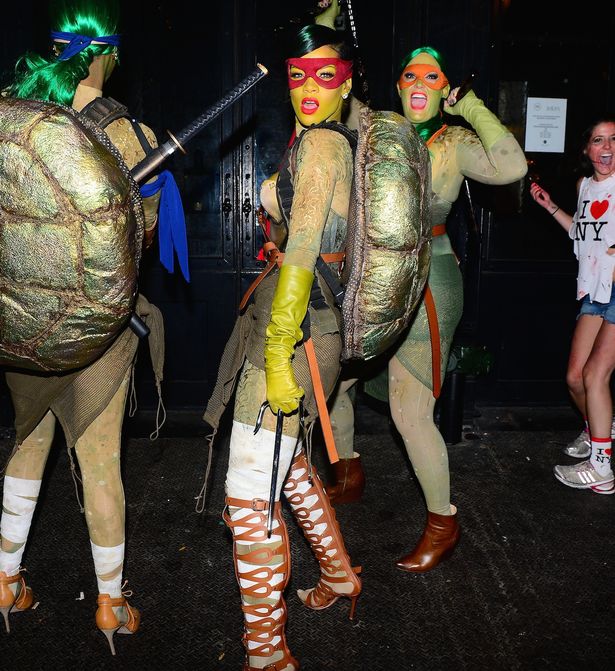 Rih is photobombed by someone dressed as basic white girl 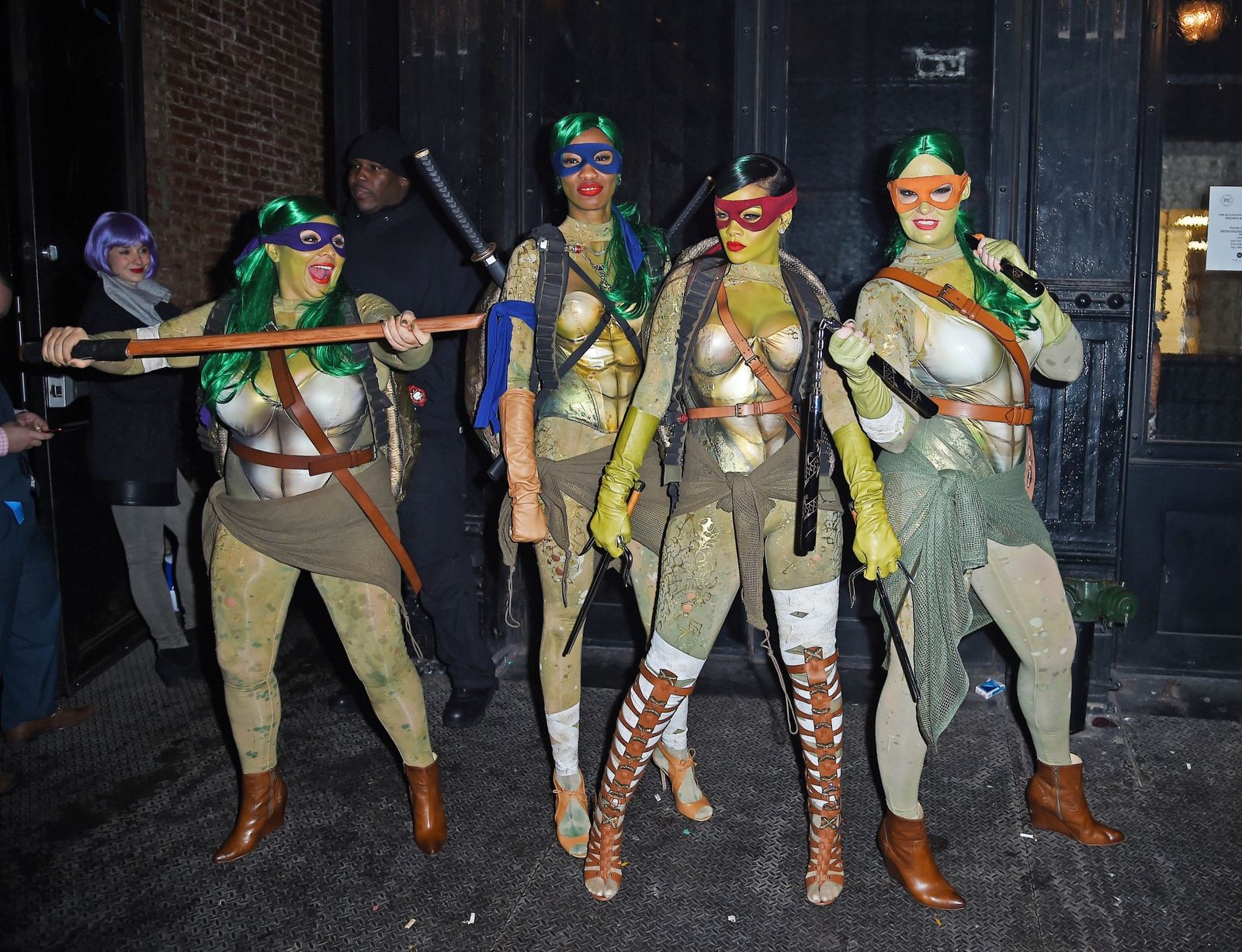 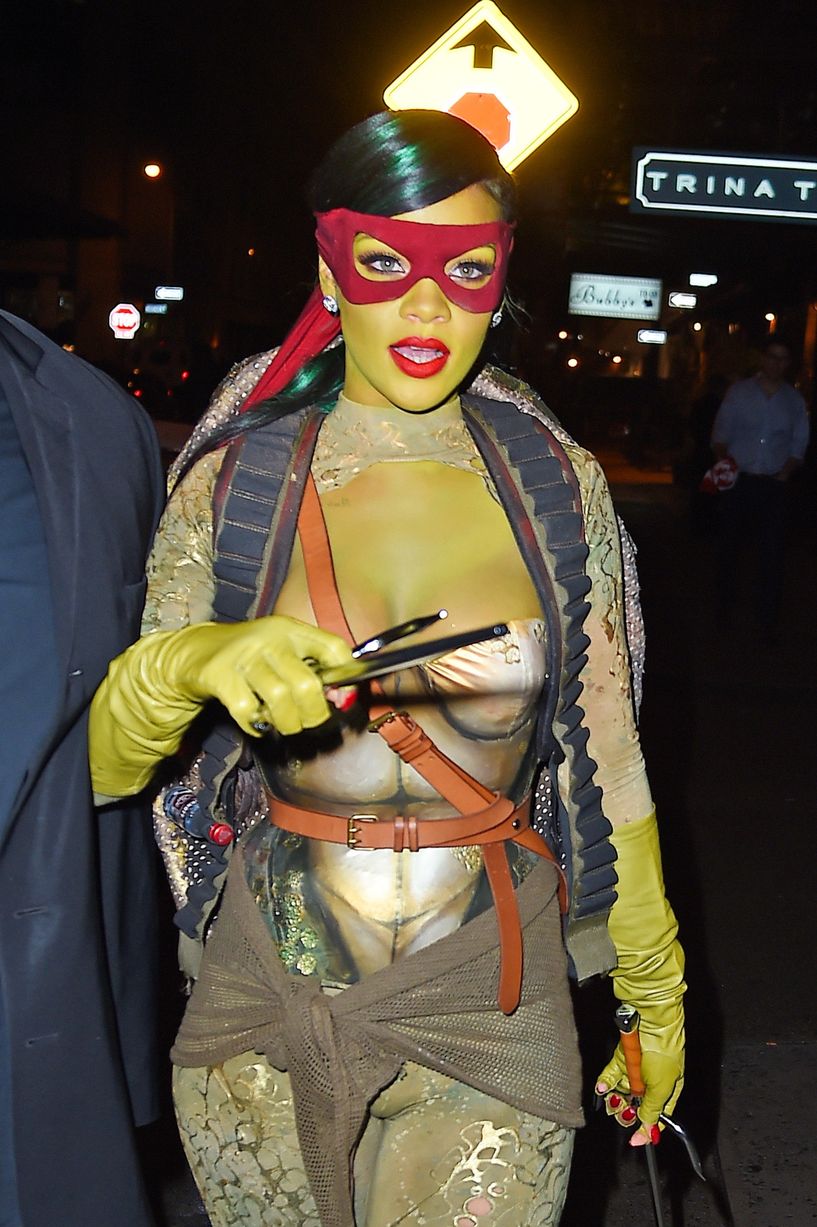 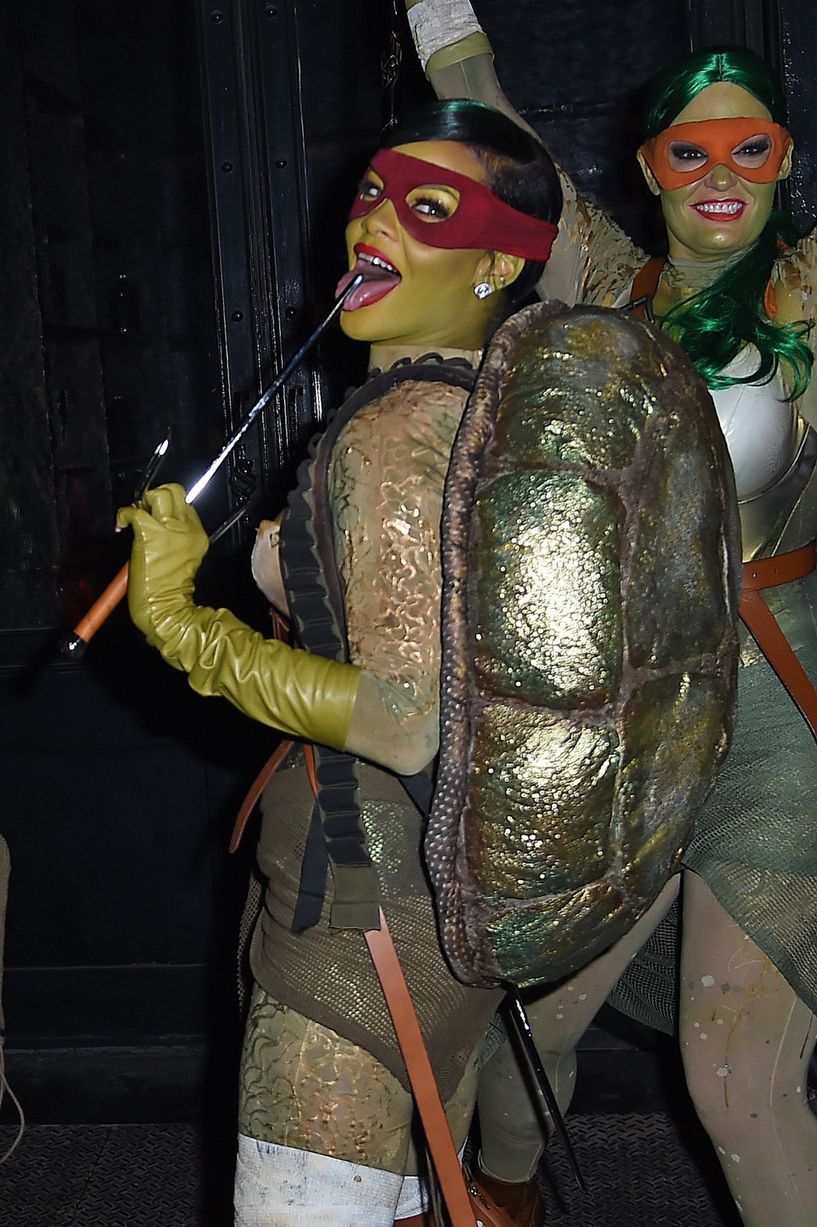