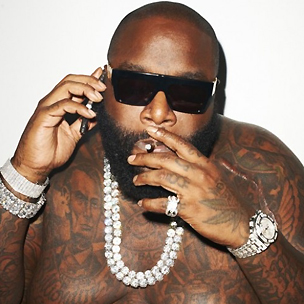 Rick Ross says he's losing weight without having to alter his diet too much. "I still eat the way I want to eat," he says in an interview with Tim Westwood. "I just go to the gym...It's this shit called CrossFit. I call it RossFit. It's called RossFit now."

"The most I used to do for exercise was stand up to count the money," Ross says. While he may not have changed his diet too much, Ross says he has added a food group to his daily intake.

"Now, they give me fruit to eat," he says. "I forgot what fruit had tasted like. I eat pears now and shit like that."

Read the rest @ the Source
Do you eat pears and shit like that, ontd?