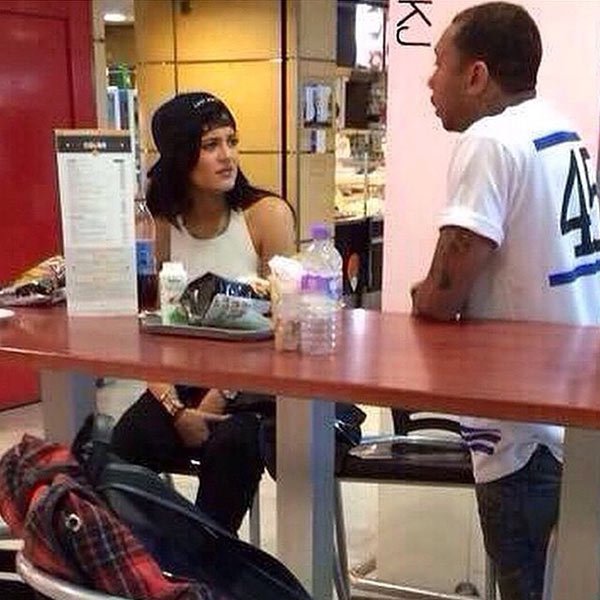 The “Keeping Up With The Kardashians” star called in to “On Air With Ryan Seacrest” on Tuesday (October 21) morning to talk about her new cookbook, “In The Kitchen With Kris.” Before long, however, she had to take a sidebar into the gossip headlines.

“Kylie isn’t dating anybody,” she said. “This whole little group of kids who have been around forever… They kind of travel as a pack, and they enjoy each other’s company.

“We all live in the same neighborhood. Tyga used to live across the street for a long time, and now he lives next door to Khloe. Everyone’s always around, and, with the way I cook, they’re not leaving.”
The “40 Mill” MC wasn’t as diplomatic this past weekend when he lashed out at an Instagram follower named @smartchik78 for calling him a “nasty a-pedophile” on a post of him and his son, King Cairo Stevenson.

“smartchik78 why u sound so hateful,” he wrote back. “U don’t know s—- bout my life but the fake s—- u read online. Worry about your sad boring life. U wish u can have a baby by a n—- like me and live this lifestyle.let me guess no one wants u or ever attempted to spoil u and give u the world like I do for mines. Your ugly not just physically but in your soul. Never speak on on my son.”