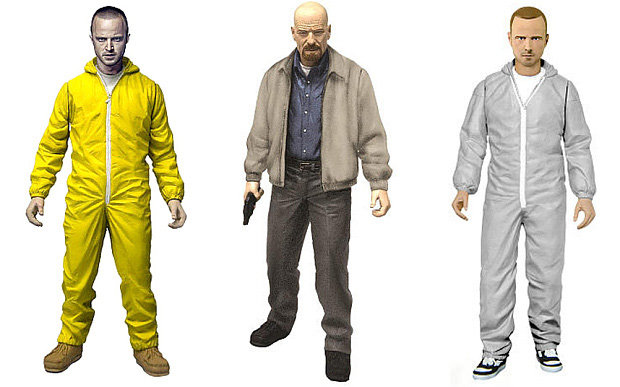 Toys R Us announced Tuesday that it will pull “Breaking Bad” toys from all its shelves after more than 8,500 people signed an online petition started by an outraged Florida mother.

"It's One Small step!!!! Let's keep this up so Toys R Us stores all over will make this right decision!!!!," Susan Schrivjer of Fort Myers said on the petition after it was announced the toys would be pulled.

Schrivjer said the adult, dark themes of the show, along with the perceived drug paraphernalia that comes with the toys, is inappropriate for a children’s toy store. Toys R Us had previously said the toys were kept in an area for older children, and clearly labeled for those 15 and older.

In its official statement about the removal, Toys R Us directly quoted from a memorable line in the show: "Let's just say, the action figures have taken an 'indefinite sabbatical'," according to a Toys R Us statement. The company said it had no further comment.