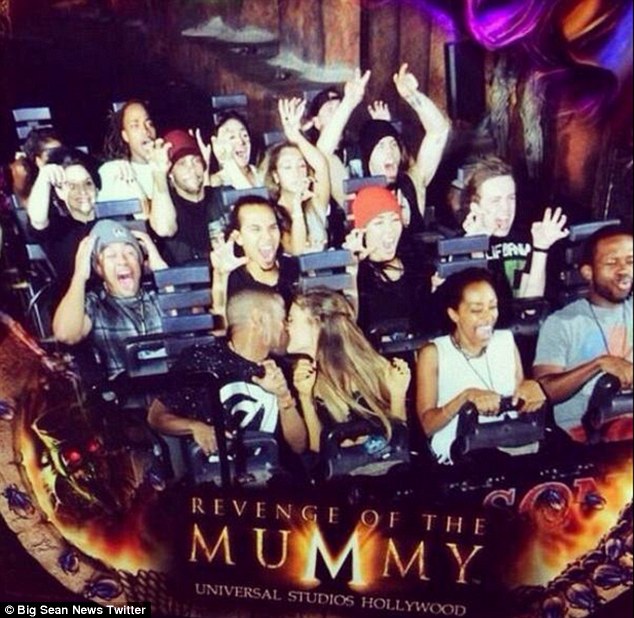 After a few months of rumors — fueled largely by some hand-holding backstage at the VMAs in August — Ariana Grande finally confirmed her relationship with Big Sean earlier this week, calling him “one of the most amazing men in the whole world.” On Friday (October 17), Sean sang similar praises of his now-confirmed significant other.

“She’s amazing, too,” the Detroit rapper told Angie Martinez on Power 105, responding to the singer’s quote about him. “She’s great, man. We just enjoy other. We’re happy; everything’s good.”

Not only are they “good” personally, but professionally, too. Just check Ariana’s “Right There” or “Best Mistake” — both of which feature the G.O.O.D. Music MC — for the proof. And it looks like we’re going to get to hear them together again soon.

“She’s on a song on my album,” he confirmed, adding that it’s unlike either of the collabs we’ve heard from the two in the past. “It’s kind of more my element than hers.”