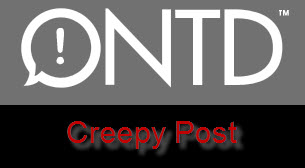 Many of the most famous horror movies in history were plagued with death, disaster and chaos. In fact, the behind the scenes issues might be more terrifying than the films. Here are some of the most creepy cursed Horror movie productions in Hollywood. Let's take a look at some of the odd stories.

Potergeist was a huge hit but the Trilogy of films produced some odd real life occurences of death  and despair. In the six years between the release of the first and third films, four cast members died during and after production.  The rumor has long been that real skeletons were used as props in the first and second films causing the cast and crew to be cursed.

Rosemary's Baby is a 1968 Roman Polanski film about a Manhattan woman whose husband signs a Faustian pact with the Satan-worshipping cult next door.

The Exorcist was the film that had the possessed girl spitting up pea soup on the priest, a classic film. It also had some scary shit happening behind the scenes.


Source: Wikipedia and Me

I would have posted later but I will be drunk. Share your scary stories, GIF's, etc. Get creepy.