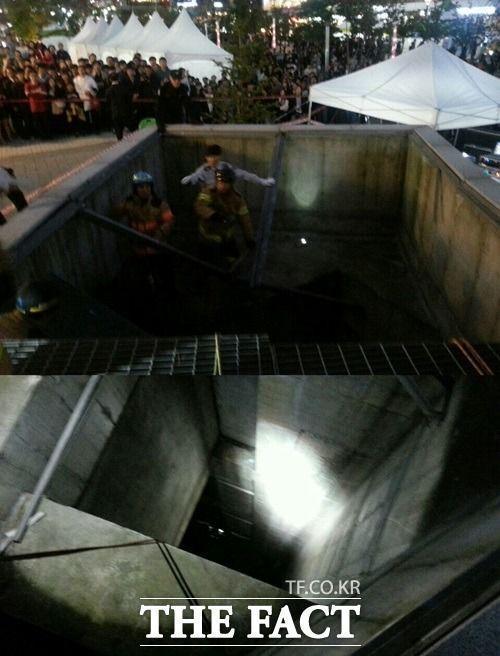 A vent collapsed at a Pangyo Techno Valley culture festival during a 4Minute performance and around 25 people fell 30 feet down the ventilation shaft, according to The Fact. Police and rescue workers are on scene and working to rescue those still stuck, but two people have been confirmed dead with 13 people having been already rescued (but were injured), according to JoongAng Ilbo.

There’s no exact word on the amount of injured besides those that are already out, but after falling that distance it’s pretty safe to say all of them will have some type of ailment. Police believe that the vent collapsed from the weight of too many fans, though ushers had tried to keep them from climbing it to get a better view. It’s reported that about 700 fans were in attendance.

UPDATE: YTN on television is reporting 14 have now passed away with 11 injured. 25 total following the completion of the rescue operation.