Offends Buffalonians.
(Since apparently reading the giant text just below the title was too hard for some of you, I've spelled out entirety of the situation in the title itself.) 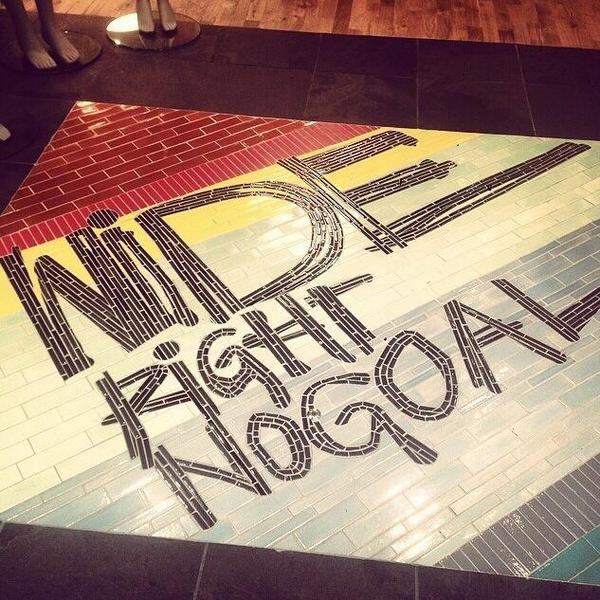 @lululemon this floor! These are awful reminders of horrible things that happened in Buffalo & you build it rt in! pic.twitter.com/rFLmnd7j1j

"Wide Right" references the call on Scott Norwood's missed 47-yard field-goal that would have brought the Bills a victory in Super Bowl XXV over the New York Giants. The game finished 19-20. The Bills went on to lose three more Super Bowls in a row.

"No Goal" refers to the controversial triple overtime goal scored by Brett Hull the Dallas Stars against the Buffalo Sabres in a decisive loss in the 1999 Stanley Cup Finals. It was controversial because Hull's foot was in the crease but the puck was not. Subsequent to the series ending goal, the NHL claimed to have sent out a memo clarifying the "skate in the crease" rule allowed goals in instances where the goalscorer maintained control (not possession) of the puck prior to entering the crease. On this play Hull kicked the puck with his left skate (while still outside of the crease) into a shooting position. Others have pointed out that similar plays were called differently during the regular season. Many Buffalo fans felt that this call was incorrectly made and the term "No Goal!" became their rallying cry. Shortly after, the rule that led to this controversy was removed from the NHL rule book. 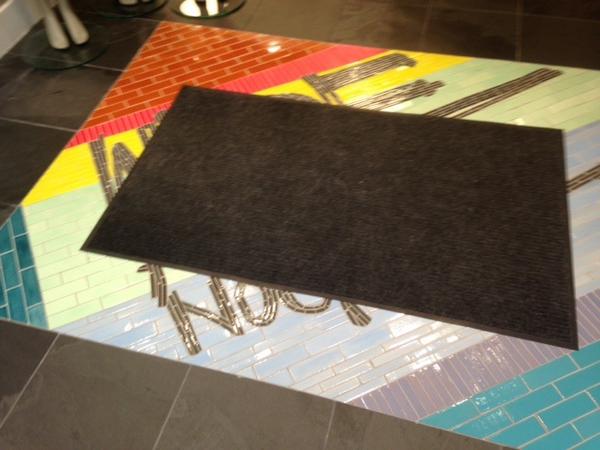 Sources:
Text mostly by me, but written after I saw this FoxSports article by Brett Smiley so there's probably going to be some influence from that as well.
Twitter
WGRZ

It's such a weird, rude thing to do. Which is kind of Lululemon's thing, but to literally pay to have a mosaic built into the floor (although it occurs to me that it might be a very carefully laid sheet of linoleum) insulting the city's residents....
Tags: sports / athletes - football (nfl / cfl), you in danger
Subscribe
Previous
← Ctrl ← Alt
Next
Ctrl → Alt →
Previous
← Ctrl ← Alt
Next
Ctrl → Alt →