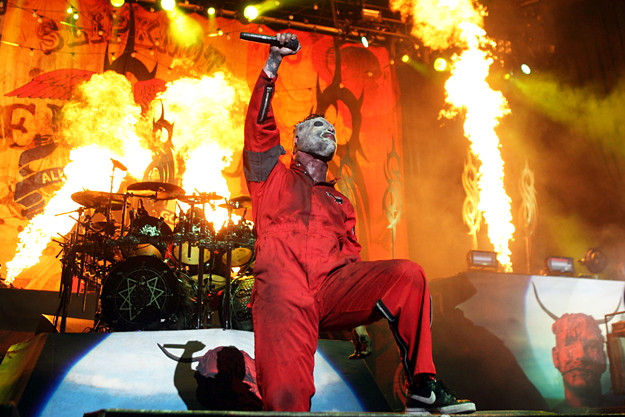 According to TMZ, fire officials have officially pulled the plug on the band’s current plan to unleash the scent upon concertgoers.
It was the group’s intent to fill oil drums with camel poop, then set it on fire to create the official Knotfest scent. Percussionist Shawn Crahan stated in a recent interview that they had used the camel dung scent in the past and that it went over well. He stated, “[It's got a] very distinct smell. You can’t huff it, but it’s got this smell. And it’s not necessarily the most comfortable thing, but it’s not necessarily the worst thing.”
But the fire aspect of creating the scent didn’t sit well with local county fire officials, as burning oil is illegal in California. The band is reportedly looking into alternative ways to create the scent, so all hope is not gone, but the attempt to have the scent wafting through the air at the event has at least taken a hit.
Knotfest will take place at the San Manuel Amphitheatre in San Bernardino, Calif. the weekend of Oct. 24-26. For the full lineup and ticketing details, check out the Knotfest website.
What does it smell like at your faves' concerts?